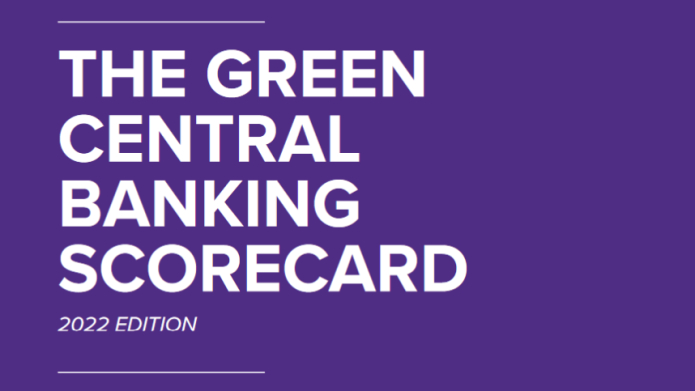 The 2022 Green Central Banking Scorecard updates Positive Money’s ranking of G20 central banks and prudential regulators based on their environmental credentials, to show which countries are leading the way, and which are falling behind.

Central banks are operating in a period of multiple, overlapping crises, yet are failing to use all the tools at their disposal to deal with these emergencies. The acute physical impacts of climate change are materialising globally, with droughts, floods, wildfires and heat waves causing significant economic, social, and human damage. Simultaneously, inflation, driven by the volatile price of fossil fuels, has highlighted that the transition to renewable energy can no longer be delayed.

The report argues that the events of this year demonstrate the ways in which the environmental crisis can undermine the basic conditions for price and financial stability and jeopardise central banks’ ability to fulfil their core mandates. It also warns that interest rate rises risk choking off capital-intensive green investments whilst doing little to address supply-side inflation. While progress has been made since the 2021 edition (particularly in the ‘Research and Advocacy’ category), other than the Banque de France, all G20 central banks and financial regulators continue to score Grade C+ and below. 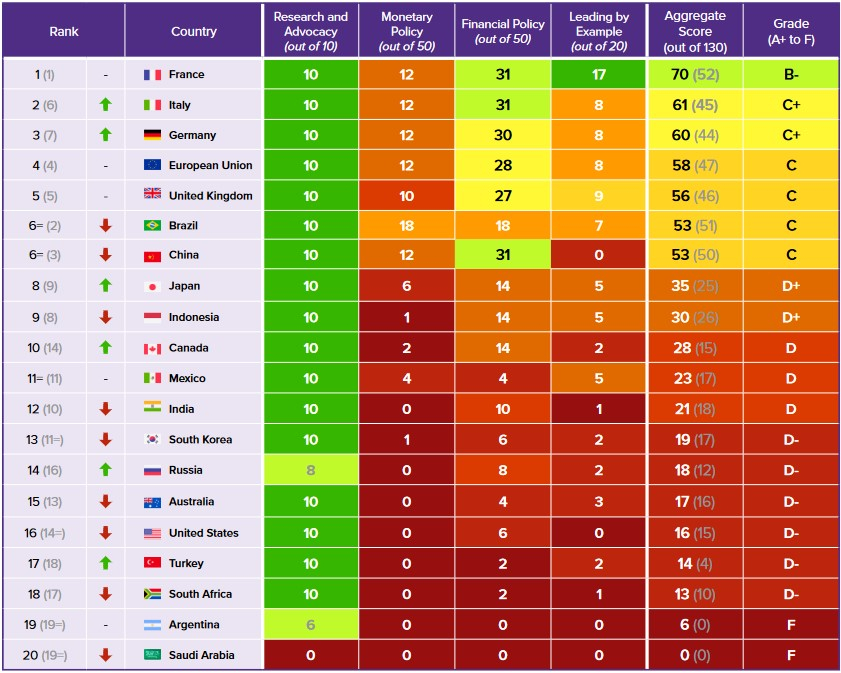 Research and advocacy: Central banks and financial regulators should promote and adopt the precautionary approach and a double materiality framework to manage environmental risks. G20 central banks with the greatest historic contribution to climate change should bear the most responsibility for action.

Financial regulation: Financial regulators should actively supervise environmental risks by adapting capital requirements and implementing limits on lending to the most environmentally destructive projects and companies. Financial institutions should be required to show supervisors how they will transition with credible short term targets.

Leading by example: Central banks should lead the way by aligning their own non-monetary policy portfolios with the Paris Agreement and environmental goals.

The original press release can be accessed here.

An interactive version of the scorecard is available here.