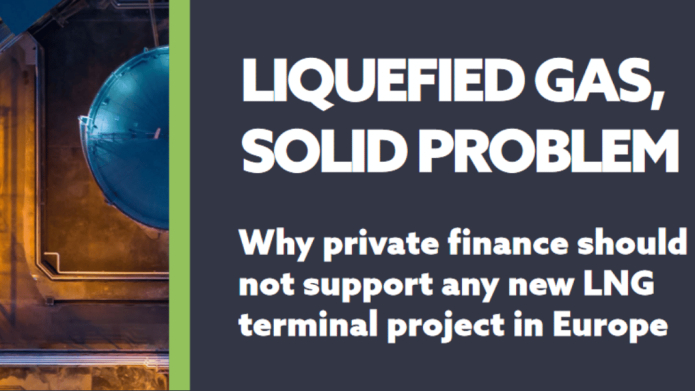 The urge to end Europe’s Russian fossil fuel dependency as quickly as possible has put LNG in the spotlight. In the past few months, new LNG import terminal projects have sprung up all over Europe amid a surge in the push to diversify gas supplies, adding to several existing plans.

Plans for new LNG regasification terminals in Europe are highly disproportionate and threaten to drive Europe into a carbon lock-in for decades to come, while simultaneously generating an increased risk of stranded assets. Indeed, planned additions in LNG import capacity would:

Private finance is critical to enabling the construction of new fossil fuel infrastructure. Many LNG import terminal projects have yet to secure financing and insurance coverage. Private financial institutions must take account of the responsibility they hold and commit not to support these projects at the risk of compromising their own climate commitments.