Background information about the case is available at http://www.foe.org/climatelawsuit 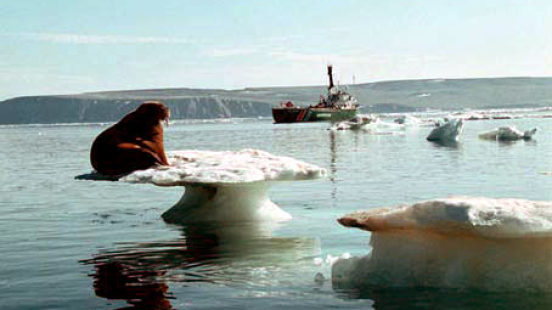 A federal lawsuit that sought to force two U.S. agencies to address the global warming implications of their overseas financing activities was settled today after more than six years; the suit established important legal precedents related to global warming.

The plaintiffs alleged that Export-Import Bank of the United States and the Overseas Private Investment Corporation illegally provided more than $32 billion in financing and insurance to fossil fuel projects over 10 years without assessing whether the projects contributed to global warming or impacted the U.S. environment, as they were required to do under the National Environmental Policy Act (NEPA). Fossil fuel projects financed by the two agencies from 1990 to 2003 produced cumulative emissions that were equivalent to nearly eight percent of the world’s annual carbon dioxide emissions, or nearly one third of annual U.S. emissions in 2003.

In August 2005, a federal judge found that the U.S. cities suffering economic and other damages from climate change had standing to sue under NEPA, opening up the courthouse doors for the first time to those injured by climate change. Testimony from the case, which successfully asserted that climate change is real and caused by human activities, later informed the Mass. v EPA decision, in which the Supreme Court held that carbon dioxide and other greenhouse gases are pollutants that can be regulated under the Clean Air Act.

Under the settlement agreed to today, the Export-Import Bank will begin taking carbon dioxide emissions into account in evaluating fossil fuel projects and create an organization-wide carbon policy. The Overseas Private Investment Corporation will establish a goal of reducing greenhouse gas emissions associated with projects by 20 percent over the next ten years. Both agencies will commit to increasing financing for renewable energy.

The settlement represents an important victory in the continuing campaign to hold both agencies accountable for their contributions to climate change. The settlement agreement was filed this morning in the U.S. District Court for the Northern District of California. The plaintiffs in the suit were represented by the law firm of Shems Dunkiel Kassel & Saunders PLLC (Burlington, Vermont) and Natural Heritage Institute (San Francisco, California).

Reactions from the plaintiffs:

“This settlement is a substantial victory for our climate. It will force federal agencies to move away from fossil fuel projects and account for the climate impacts of their lending. As President Obama said in his inaugural address, 'We can no longer consume the world’s resources without regard to effect.' The settlement agreed to today is a first step toward making Obama's vision a reality for these institutions.” — Michelle Chan, Senior Policy Analyst, Friends of the Earth

“When we launched this lawsuit in 2003, we were deep in the Bush global warming dark ages. We were able to prove that climate change harms American cities and citizens and we forced these agencies to change their behavior. Now that we have entered the brighter Obama age, Greenpeace hopes that sweeping reform of global warming policy will reach every corner of the government.” — Kert Davies, Research Director, Greenpeace

“This case was one of the very first climate change lawsuits and established the framework for other climate change cases. The claims here are no longer considered novel. The settlement reached today will help ensure that the federal government takes a close look at its contributions to climate change and that the courts are available if the government fails in this critical obligation.” — Ron Shems, lead council for the plaintiffs

“For far too long, American tax dollars have funded highly irresponsible and damaging fossil fuel projects in countries where environmental laws simply don’t exist. These projects have not only hurt people in those countries—they have also contributed significantly to global climate change, and in doing so, pose a direct threat to the American people, the U.S. economy and the residents of Oakland. This settlement represents a major step in the campaign to bring real transparency and responsible environmental standards to energy projects subsidized by our tax dollars. On behalf of the residents of Oakland, California, I want to thank Greenpeace, Friends of the Earth and the other plaintiffs for their work on this important case.” — Oakland City Attorney John Russo

“The city of Boulder is pleased with the outcome of this lawsuit. As the first city to enact a carbon tax to address climate change, the Boulder community is committed to the principles of environmental sustainability and this result will further that impact. The coalition forged in the lawsuit demonstrates that together, committed organizations can make a positive difference toward protecting our planet.” — Boulder City Manager Jane S. Brautigam

“The Arcata community is committed to leaving future generations a safer, cleaner planet. This landmark victory reflects how local leadership can take small steps to chart a more sustainable path. We are proud to have been part of this forward thinking coalition and will work to raise awareness about the need for immediate and long term actions to mitigate our global footprint.” — Arcata Mayor Mark Wheetley

“Santa Monica has a strong commitment to protecting our environment. Our participation in this case and the important settlement that was achieved results from our continuing advocacy of sound environmental stewardship.” — Santa Monica Mayor Ken Genser