Home › News
It is time the EU scraps its carbon Emissions Trading System
By: Group of NGOs
2013-02-18
Brussels
Contact: 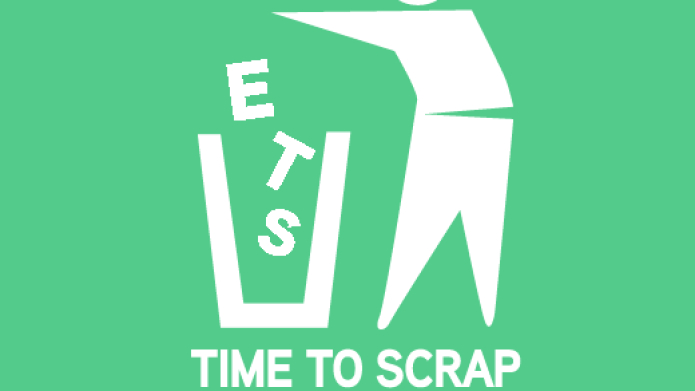 A growing group of civil society organisations, BankTrack included, is calling on the EU to abolish its Emission Trading System (ETS) to open space for truly effective climate policies. Today they release a joint declaration that highlights the many structural loopholes the ETS is facing, that the proposed reform proposals put forward by EU policy makers will not be able to fix.

Tomorrow (19 Feb.) the Environmental Committee of the European Parliament will vote on the Commission's backloading proposal. "Although advertised as a way to fix the failing ETS, it is nothing but a drop in the ocean. The EU's flagship policy to address climate change has diverted attention from the need to transform the system's dependency on fossil fuels and growing consumption, resulting in increased emissions. After seven lost years, it's time to make space for effective and fair climate policies," says Joanna Cabello, from Carbon Trade Watch.

More than 90 organisations, networks and movements from all over the world launch today the joint declaration 'It is Time to Scrap the ETS'. It lists the structural flaws of the ETS and the risks of trying to fix it.

One of the flaws is the use of offset projects which allows companies or governments from the North to buy credits from a project in the South instead of reducing emissions at source. "The offset projects under the Clean Development Mechanism (CDM), the biggest offset scheme, has actually increased emissions while causing land grabs and human rights violations, community displacements, conflicts and increased local environmental destruction," says Isaac Rojas, from Friends of the Earth Latin America and Caribbean (ATALC). "Other new market mechanisms and related financial products (such as forest carbon offsets and biodiversity offsets) follow the same logic which allows, and offsets, deforestation, forest degradation, biodiversity loss and water pollution," he adds. In spite of the growing evidence of the problems, offset use in the ETS grew by 85% in 2011.

Furthermore, the EU ETS is costing the public a lot of money without serving a public purpose. Belen Balanyá, from Corporate Europe Observatory says: "At a time when EU citizens are shouldering the cost of the economic crisis, they are also being forced to bear the cost of the legislation, regulation and much of the quantification of emissions that carbon markets require, as well as the costs of measures against fraud, theft, corruption, and tax evasion. Meanwhile big polluters such as Arcellor Mittal and Lafarge make millions of windfall profits with over allocated permits."

The EU ETS created the biggest carbon market in the world and now serves as a model for other countries. China is setting up a system with EU support and is planning to link it to the EU ETS. Other countries and regions such as Brazil, Korea, Australia, California in the US and Quebec in Canada have similar plans. The failures of the ETS will also be exported to other areas, as it will be used as a model for trading other ‘ecosystem services' such as forests, biodiversity, water, soils and landscapes. In the meantime, civil society groups from around the world are demanding to scrap the ETS so that market mechanisms stop being used as a model for environmental protection.

The organisations supporting this declaration conclude: "It is time to stop fixating on ‘price' as a driver for change. We need to scrap the ETS and implement effective and fair climate policies by making the necessary transition away from fossil fuel dependency."