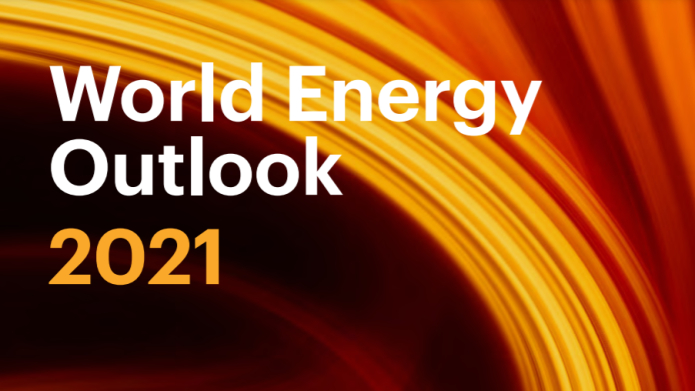 For the first time, the International Energy Agency (IEA)’s flagship annual report on global energy pathways, used worldwide to influence trillions of dollars in investment, details an achievable roadmap to keep global heating below 1.5 degrees Celsius (°C). By making a 1.5°C scenario the benchmark of this year’s World Energy Outlook (WEO), the IEA challenges governments and companies to back up lagging Paris pledges with immediate action to shift the energy system away from fossil fuels.

Notably, this year’s WEO solidifies the policy conclusion, first presented by the IEA in May, that no new oil, gas, and coal extraction projects should be approved under a 1.5°C-aligned pathway, alongside a surge of investment into clean energy and efficiency solutions. This finding bolsters climate campaigners’ demands that governments and financial institutions take immediate action to stop investing in new fossil fuel extraction and rapidly increase climate finance heading into this year’s COP26 summit in Glasgow.

“Today’s report is a step change for the International Energy Agency. This year’s World Energy Outlook confirms that investment in new fossil fuel projects will undermine our chance to limit warming to 1.5ºC. In contrast, investing in clean energy brings huge benefits. A massive scale up of clean energy would ensure energy access, reduce price shocks, prevent millions of deaths from air pollution, and create millions more jobs. The days of the WEO being used to justify dangerous investments in fossil fuel expansion must be over.

“Now, the challenge is set for governments and investors. Will they stop approving and funding new oil and gas expansion? In particular, will the UK – who is presiding over the upcoming COP26 climate talks – prove its commitment to 1.5ºC by stopping the new Cambo oil field in the North Sea?

“Today’s report is particularly remarkable because of the IEA’s history. It was established after the 1972 oil shock with an express goal of securing OECD member states’ access to oil. Big oil and gas companies like Shell and BP have relied on previous, less ambitious IEA scenarios to justify inadequate climate plans and pledges. That hiding place is now gone.”

“We’ve seen some governments and fossil fuel companies dismiss the IEA’s 1.5°C scenario as ‘unrealistic,’ yet there’s no greater delusion than thinking we can solve the climate crisis by extracting more and more fossil fuels. Governments that have relied on the WEO in the past to justify their energy investments have no credibility in ignoring the IEA’s guidance now, when it’s finally consistent with the 1.5°C limit they agreed to in Paris.

“One indication of where governments stand in heeding this science will be who joins Denmark and Costa Rica in launching the Beyond Oil and Gas Alliance at COP26, committing to end oil and gas licensing. We’re also watching to see who joins the UK and European Investment Bank in jointly committing to end international finance for fossil fuel projects and shift funding into renewable energy solutions.

“It’s important to note that the IEA’s analysis finds no justification for new oil and gas fields despite still containing some risky modelling choices that prolong pollution. Last month, more than 150 civil society groups urged the IEA to slash over-reliance on carbon capture and storage, fossil gas, and biofuels in its 1.5°C scenario, and we’ll continue pushing the IEA to prioritize truly clean and just energy solutions.”

See background on the “Fix the WEO” campaign at http://www.fixtheweo.org