Home › News
Goldman Sachs addressing environmental and social issues
By: Friends of the Earth US
2005-11-22
San Fransisco
Share this page: 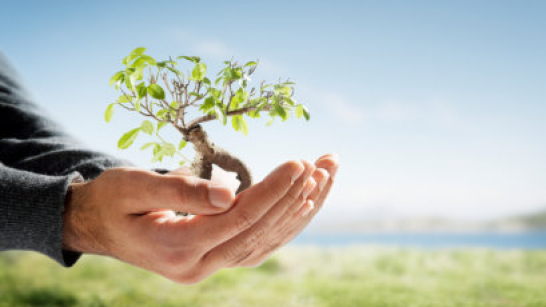 BankTrack members Rainforest Action Network and Friends of the Earth US today commended Goldman Sachs (NYSE: GS) for being the first global investment bank to adopt a comprehensive environmental policy. The policy acknowledges the scientific consensus on climate change and calls for urgent action by public policy makers and federal regulators to reduce greenhouse gas emissions.

The policy is also the first in the financial sector to acknowledge the degradation of global “ecosystems services” addressed in the United Nations’ Millennium Ecosystem Assessment (MA). Ecosystem services include the provision of water and food, control of pests and pathogens, renewal of fertile soil, control of floods, and more. The MA’s findings that two-thirds of these services are being degraded present real challenges as well as opportunities for business.

In another industry precedent, Goldman Sachs will establish and fund a Center for Environmental Markets in partnership with academia and civil society. The center will engage in research to develop public policy options for establishing markets around climate change, biodiversity conversation and ecosystem services. Recognizing that climate change cannot successfully be addressed through voluntary action alone, the firm has also committed to promote regulatory solutions for reducing greenhouse gas emissions.

As a major owner and operator of fossil fuel-fired power plants in the United States, Goldman Sachs has agreed to publicly report and work to reduce greenhouse gas emissions from its plants while also supporting the need for a national policy to limit greenhouse gas emissions. The policy states that its investment businesses will “take the lead in identifying investment opportunities in renewable energy” and that it will “be a leading U.S. wind energy developer and generator.” It further promises to promote green building standards such as LEED Gold and Forest Stewardship Council certification and sustainable forests with a stated preference for Forest Stewardship Council (FSC) certification.

“We want to acknowledge the significance of Goldman Sach’s innovative new environmental policy and equally so the process and stakeholders that helped to create it. In stark contrast to holdouts like Wells Fargo and Morgan Stanley, Hank Paulson and his executives reached out to RAN and worked closely with our team as well as other citizens groups. Goldman Sachs is helping to fill a leadership vacuum on urgent environmental and social issues in this country, and Hank’s hands-on approach is the kind of leadership we need to see a lot more of in the corporate sector. Climate change and the degradation of ecosystems services threaten the health our planet and our economy, and this is the beginning of a long term transformative process, not just for Goldman Sachs but for our economy.” Michael Brune, executive director of Rainforest Action Network.

“Last year’s extreme weather broadcast the real faces and lives of the millions of people already suffering from the devastation of a destabilized climate. Finally, the corporate sector has begun to grapple with the wide range of ethical and economic consequences caused by stronger hurricanes, extended droughts, and widespread heat waves. Goldman Sachs’ new environmental policy sends a strong signal that a healthy marketplace is dependent upon ecological stability. The real impacts of global climate destabilization are raising investment risks and creating uncertainty like nothing industry has ever experienced before. Citigroup, JPMorgan Chase, and now Goldman Sachs are moving beyond weather derivatives to real solutions. The magnitude of the challenge to stabilize our climate and restore our biosphere requires creativity and innovation around reconciling our economy with ecological realities.” Ilyse Hogue, director of the Global Finance Campaign at Rainforest Action Network

“The emphasis of the Goldman Sachs environmental policy on climate change, biodiversity, and forests should be commended, but what is perhaps most striking is that this is the first-ever policy among financial institutions to include goals related to the conservation of “ecosystem services”; that is, the benefits we obtain from ecosystems such as clean water, flood control, pest regulation, and disease regulation. The UN-sponsored Millennium Ecosystem Assessment, released earlier this year, emphasized the perilous state of many of these “life support” services. By steering investments in ways that avoid harm to ecosystem service and by helping to create new markets that would promote the conservation of these services, Goldman Sach’s policy will help to align the power of markets with the conservation of these services.” Dr. Walter Reid, Professor, Stanford Institute for the Environment; former Director, Millennium Ecosystem Assessment

“The globe is warming … faster than anyone projected, and ocean heating is causing the climate to change. In just two decades damages from weather extremes have skyrocketed 50-fold. Today’s announcement from Goldman Sachs signals a readiness in the financial sector to advocate for public policies that enable substantial changes in their practices, programs and products and those of their clients and suppliers. A comprehensive public/private partnership, writ large, with significant incentives and regulations (‘carrots and sticks’), can make the clean energy transition a plus for public health, international security, economic growth and climate stability. Paul R. Epstein, MD, Center for Health & the Global Environment, Harvard Medical School

“Goldman Sachs is taking a courageous step by acknowledging what many policy experts have long understood. Markets alone cannot satisfy nature's demand for a rapid global switch to clean energy. Companies need the governments of the world to help regulate that transition to ensure that no individual company loses market share or incurs any competitive disadvantage. Given that reality, today's announcement by Goldman Sachs is a significant breakthrough in laying the groundwork for an energy transition that will, hopefully, offset the most disruptive impacts of intensifying climate change.” Ross Gelbspan, author, The Heat is On (1997), Boiling Point (2004)

“Forest Stewardship Council has developed the world's leading system for forest management certification based on rigorous standards, third-party audits, and a transparent and inclusive process. We are extremely pleased that Rainforest Action Network recognizes the value of the FSC system as a tool in helping to accomplish their mission of protecting the rainforest through marketplace transformation. As a result of their work with RAN, Goldman Sachs can now offer assurance to their clients that their investments will support only sound and verifiable forest management practices, with the support of the world's leading environmental organizations behind them. After receiving the first annual Designing & Building with FSC Award earlier this month for their inclusion of FSC-certified wood products in their new building in Jersey City, FSC is very excited that Goldman Sachs has furthered their commitment to forest conservation with the implementation of this new policy.” Roger C. Dower, president, Forest Stewardship Council, US

• The total cost of hurricane damage in the United States in 2004 was $60 billion. Science magazine
• The estimated damage for the 2005 North Atlantic hurricane season is currently estimated at $150 billion. – Risk Management, Wikipedia
• Hurricane Wilma was the strongest Category Five storm ever recorded. – U.S. National Hurricane Center
• Over 200 US cities broke all-time heat records in 2005. – National Oceanic & Atmospheric Administration
• Readings taken at 7,200 weather stations around the world confirm that Earth is experiencing a global heat wave, continuing a 25-year trend of rising temperatures. The top ten hottest years have occurred since 1990, and 2005 is already the hottest year on record. – NASA Goddard Institute for Space Studies
• Sea surface temperatures in the Gulf of Mexico were higher in August 2005 that at any time since 1890. – U.S. National Oceanic and Atmospheric Administration
• Hurricane Catarina, which struck southern Brazil in March 2004, is the first and only hurricane recorded in the South Atlantic, where the textbooks say hurricanes should not form. – U.S. National Climatic Data Center
• The Amazonia region has registered the lowest rainfall in 40 years. Tributaries of the mighty Amazon River are drying up as a result of the record drought. – National Institute of Space Research (INPE) Centre for Weather Forecasting and Climate Studies
• During one 24-hour period in July 2005, Mumbai, India was drowned in a record 37 inches that fell during one 24-hour period. – CNN
• The number of Category 4 and 5 hurricanes worldwide has nearly doubled over the past 35 years. – National Center for Atmospheric Research/Georgia Tech
• In 1995, Japan was hit by an all-time record number of typhoons.
• Glaciers store approximately 75% of the world’s fresh water, and satellite images confirm that ancient glaciers on every continent including Antarctica are melting faster than global warming models originally predicted. – US Geological Survey
• Within a century, Arctic ice melting could lead to summertime ice-free ocean conditions not seen in the area in a million years - National Science Foundation’s Arctic System Science Committee
• Almost a fifth of all ill health in poor countries and millions of deaths can be attributed to environmental factors, including climate change and pollution – The World Bank
• Asthma rates have quadrupled in the U.S. since 1980. – United Nations
• Climate-related spread of diseases of humans, wildlife, livestock, agriculture, forests and marine life are projected to be in the trillions of dollars. Collapse of coral reefs from warming and disease -- a distinct possibility by 2030 -- would mean losses of over $800 billion in food resources and services, such as shoreline protection against storms and saline contamination of ground water. Climate Change Futures Report, Paul Epstein and Evan Mills, editors.
• Earth's warming climate is estimated to contribute to more than 150,000 deaths and 5 million illnesses each year, according to the World Health Organization, a toll that could double by 2030. World Health Organization, 2005
• The market for clean energy could stand at USD 1.9 trillion by 2020. - UN Environment Programme Financing Initiative

Rainforest Action Network campaigns for the forests, their inhabitants and the natural systems that sustain life by transforming the global marketplace through education, grassroots organizing and non-violent direct action. For more information, please visit RAN.org.

The Leadership in Energy and Environmental Design (LEED) Green Building Rating System® is a voluntary, consensus-based national standard for developing high-performance, sustainable buildings. Members of the U.S. Green Building Council representing all segments of the building industry developed LEED and continue to contribute to its evolution. For more information, please visit USGBC.org.

The Forest Stewardship Council (FSC) is an international not-for-profit membership-based organization devoted to encouraging the responsible management of the world's forests. It brings people together to find solutions to the problems created by bad forestry practices and to reward good forest management. For more information, please visit FSC.org and FSCUS.org.

Launched by the United Nations in 2001, the Millennium Ecosystem Assessment (MA) is an international work program designed to meet the needs of decision makers and the public for scientific information concerning the consequences of ecosystem change for human well being and options for responding to those changes. The MA focuses on ecosystem services (the benefits people obtain from ecosystems), how changes in ecosystem services have affected human wellbeing, how ecosystem changes may affect people in future decades, and response options that might be adopted at local, national, or global scales to improve ecosystem management and thereby contribute to human well-being and poverty alleviation. The MA synthesizes information from the scientific literature, datasets, and scientific models, and includes knowledge held by the private sector, practitioners, local communities and indigenous peoples. All of the MA findings undergo rigorous peer review. The MA is an instrument to identify priorities for action. It provides tools for planning and management and foresight concerning the consequences of decisions affecting ecosystems. For more information, please visit MillenniumAssessment.org.