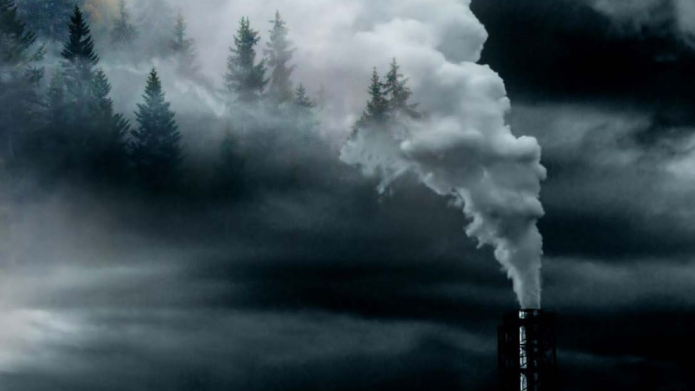 Finance Watch, the pan-European NGO dedicated to making finance serve society, has today published comprehensive recommendations for policymakers to hand supervisors the power to ensure meaningful net-zero targets are set and met by financial and non-financial sectors – rehabilitating the objective of net-zero against cynics and sceptics.

In a new report, Finance Watch argues that the financial sector can push non-financial companies toward carbon neutrality, but that competing objectives and measurements for net-zero are breeding confusion. As demonstrated by recent greenwashing scandals, this lack of clarity can result in misleading claims that damage the overall credibility of net-zero objectives.

The report, The problem lies in the net: How finance can contribute to making the world reach its greenhouse gas net-zero target, says that defined correctly, net-zero can be a powerful tool on the road to carbon neutrality. But policymakers and financial sector business alliances, including the Glasgow Financial Alliance for Net Zero (GFANZ), must ensure that what is captured by the “net” in net-zero can decarbonise the real world.

Finance Watch believes that the goal of net-zero should not be decarbonising financial portfolios or justifying business as usual; it must be about decarbonising the real world to avoid a climate disaster.

Current confusion over what constitutes a net-zero approach has resulted in contradictions. Since the COP 21 Paris Agreement in 2015, the major banking institutions of the world have provided US$ 4.6 trillion of fossil fuel financing, despite their membership in several net-zero alliances and their commitment “to accelerate a transition to the net-zero economy”. By the same token, the banks in the scope of the 2022 Banking on Climate Chaos report that has committed to net zero by 2050 – 44 out of 60 – provided US$ 145.9 billion in financing for the 100 companies doing the most to expand oil, gas, and coal in 2021.

Last November in Glasgow, the planet’s major fossil fuel-producing countries gathered on the occasion of the COP 26 refused to commit to reducing their production of oil, gas and coal and, at the same time, GFANZ, a coalition of 450 banks, asset owners and asset managers lining up a total amount of US$130 trillion, announced a commitment to “bring together the financial sector to accelerate a transition to the net-zero economy”.

“Net-zero can only be meaningful if we define it well and use it to conduct policies and practices that will have a real-world impact. The reality is that we only have a few years left to stabilise atmospheric CO2 at safe levels. Definitions of net-zero that avoid counting scope 3 emissions, rely on intensity measures, carbon offsets, or not yet developed carbon capture, are not the answer. They may look good in reporting, but they won’t change the real economy.

We are seeing an appetite from most governments and the private sector to change for the better. But if we want to reach carbon neutrality, we all need to be working towards the same goal.”

Finance Watch proposes a strengthened regulatory framework that would create a comprehensive system of supervision, incentives and sanctions to ensure that net-zero transition plans are credible, become a top priority, and are adhered to and implemented across the economy.

Financiers would need to prove to supervisors that they are leveraging their rights as shareholders, providers of credit or insurers to play a stewardship role to ensure their clients adhere to robust net-zero transition plans. Transition plans would not be allowed to include “avoided emissions” and carbon offsets outside of the value chain, and would only allow the use of existing capture and storage. Finally, scope 3 reporting would be mandatory.

The report is published at an important moment for net-zero and the sustainable finance agenda.

On 15 June 2022, GFANZ launched a public consultation on its Net-zero Transition Plan framework for financial institutions. And last week, Members of the European Parliament and European Union governments finalised a deal on mandatory corporate sustainability reporting. While these developments are largely positive, significant gaps remain. Finance Watch sees an opportunity for the EU to roll out more robust and coherent net-zero regulations, one that cannot afford to be missed.