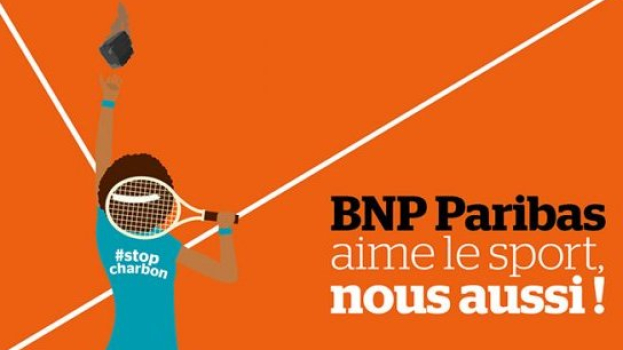 When asked today at its General Assembly about its support for coal, French bank BNP Paribas was content to simply recall the commitments it adopted for last year's United Nations climate summit (COP21), and leave it at that. According to Friends of the Earth France, however, the policies adopted by the bank contain a number of loopholes which still allow the bank to finance companies in the coal sector, a situation wholly inconsistent with BNP Paribas's stated priority to "act against climate change." In light of this denial of the climate emergency, Friends of the Earth France has announced a new wave of mobilisation against BNP Paribas and Engie, the French power company and another major climate polluter.

At today's General Assembly Friends of the Earth France called on BNP Paribas to commit to no longer finance the development of the coal sector. However the sponsor of the French Tennis Open at Roland Garros and the world's fourth largest coal financier was content to recall its commitments made at the COP21 last year. This stance amounted to an unacceptable denial of reality for Friends of the Earth France which denounced the double standards of a bank that continues to finance coal despite committing to do everything to achieve the goals of the Paris Agreement and to align its financing with the 2°C scenario .

Lucie Pinson, Private Finance campaigner at Friends of the Earth France, said:
"Coal is incompatible with the climate emergency. How many reports demonstrating this simple fact will it take for BNP Paribas to end its financing of new coal plants or of businesses that have no strategy to align their activities with the 1.5°C scenario? The COP21 may be past but we will not allow the objectives of the Paris Agreement to be forgotten. There is a match under way today, featuring the climate against profits and we are ready to mobilize as BNP Paribas has not sufficiently revised its financing policies to respond to the climate emergency."

In a note published today, Friends of the Earth France revealed six flaws in BNP Paribas's coal policies . Despite the bank's 2015 review of its climate commitments climate, they cover only a small part of the coal sector:

In line with mass civil disobedience actions organised to prevent policymakers and companies acting with impunity, Friends of the Earth France has announced a new mobilisation programme on the occasion of the French Tennis Open being staged in Paris and sponsored by BNP Paribas.
On June 4 a ‘Climate versus profits' tennis match will be held between climate polluters and civil society .