Home › News
Climate Week in turmoil over revelations of sponsor's climate damage
Celebrities and groups withdraw from event after RBS shown to be UK's biggest financier of coal mining and power
By: Platform
2011-03-20
London
Contact: 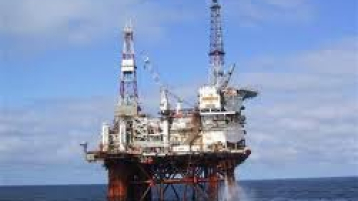 A nationwide initiative to promote awareness and action on climate change has been thrown into turmoil following revelations over the destructive climate impact of one of its main sponsors - the Royal Bank of Scotland. A number of campaign groups including PLATFORM, Friends of the Earth Scotland, People & Planet and the World Development Movement have published a report on the opening day of Climate Week that examines in detail RBS's provision of finance to the coal sector.

The report, ‘Dirty Money, Corporate greenwash and RBS coal finance,' shows that in three years , RBS was involved in providing finance worth nearly €8 billion to the worlds biggest coal mining and coal power generating companies - more than any other UK bank. Coal is the most carbon-intensive fossil fuel, and reduction of its use is widely regarded by environmentalists as one of the most important steps in dealing with climate change.

RBS has been targeted by environmentalists for some years over its record of being the UK bank most heavily involved in financing the fossil fuel sector, so its association with the Climate Week initiative has been highly controversial, prompting some groups and celebrities to withdraw their endorsements.

Alastair McGowan, comedian and impersonator who has decided to withdraw his endorsement of the event said:

"Climate Week is celebrating the successes of ordinary citizens and businesses in bringing down their carbon emissions at the same time as its main sponsor, RBS, is doing more than any other bank to undermine those self same efforts.  It's high time RBS put its money where its mouth is, and stops bankrolling the fossil fuel industry."

Mel Evans from campaign group PLATFORM, and one of the report authors said:

"For RBS to cynically appropriate the language around climate change action as a means of detracting attention and criticism from the promotion of climate destructive industries and practices is totally reprehensible. You can't pretend to be part of the climate solution while you are involved in providing almost €8 billion to the coal industry."

Climate Week has also generated a lot of online controversy. A substantial proportion of tweets about the event are about the RBS sponsorship, while an online poll carried out by campaigning group People & Planet has been satirising the Climate Week Awards by inviting people to vote for the Greenwash Coup of the Year 2011. A number of groups have confirmed that they will be hosting events targeting RBS's fossil fuel finance as part of Climate Week.

The report can be downloaded from: www.platformlondon.org/dm.pdf

RBS was involved in providing finance worth a total of €7.99 billion to the world's 20 biggest coal mining companies and 20 biggest providers of coal-based electricity from 2008 to 2010 inclusive. The figure was calculated using a Bloomberg terminal that enables financial professionals to monitor and analyse real-time financial market data movements. Figures are based on reporting by banks to Bloomberg, but may be incomplete due to undisclosed proprietary banking relationships.

Using the same Bloomberg system, it is possible to rank all of the major banks in the world that have provided finance to the same companies listed. For the 20 largest coal companies, RBS was ranked 8th out of 35, with HSBC ranking 10th, and Barclays 29th. For the 20 largest coal-based electricity generators, RBS was ranked 3rd, with Barclays coming 4th and HSBC 11th out of 69.

The People & Planet Greenwash Coup of the Year 2011 online poll can be seen at http://peopleandplanet.org/greenwash-award