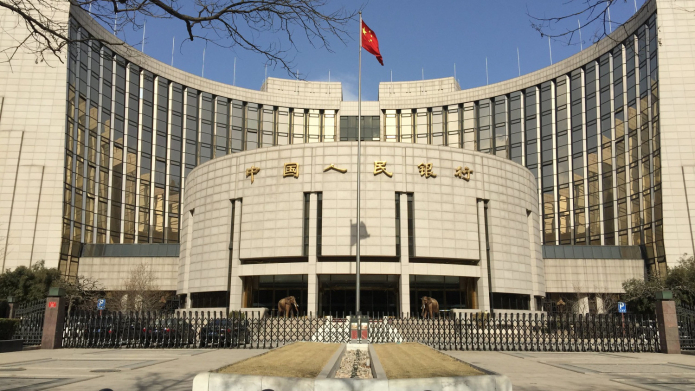 Monetary and financial authorities across the world’s largest economies aren’t practicing what they preach on climate, according to a new report published today by research and campaign group Positive Money. Endorsed by 24 leading research institutes and NGOs, including BankTrack, Positive Money’s ‘Green Central Banking Scorecard’ assesses the relative progress G20 central banks have made on sustainability in relation to research and advocacy, monetary policy, financial policy, as well as other ways they are leading by example, and sets out what actions policymakers could be taking to tackle environmental breakdown.

The results show that while 14 out of 20 central banks scored full marks on their research and advocacy efforts, this has so far rarely translated into concrete action, with overall scores dragged down by a stark lack of green monetary and financial policies across the board. China tops this year’s scorecard with an aggregate score of 50 out of 130, which equates to a mediocre ‘C’ grade in the scorecard. This reflects the fact that, while China’s monetary and financial authorities have taken steps to steer lending towards greener activities, even policymakers in the top ranking countries still have a long way to go to align finance with the climate goals governments have committed to.

The authors call for policymakers to urgently remedy this policy shortfall by taking action to exclude unsustainable activities from the assets they purchase and accept as collateral for lending, and for financial regulation to penalise high-carbon lending, with higher capital requirements to more accurately reflect the risk of fossil fuel investments. As well as being a necessary prerequisite for central banks’ goals of maintaining price and financial stability and supporting government policy, the report also argues that the Covid-19 pandemic, which has origins in ecological degradation, strengthens the case for central banks taking a more proactive and interventionist role in promoting sustainability.

Positive Money’s report comes after the 2021 Banking on Climate Chaos report from Rainforest Action Network, BankTrack and other NGOs last week revealed that the world’s 60 largest private banks have financed fossil fuels to the tune of $3.8 trillion since the Paris Agreement in 2015, with a 10% increase in fossil fuel expansion projects in 2020. The report comes as G20 finance ministers and central bankers are set to meet on 7-8 April to discuss a new Action Plan to address global challenges including climate and environment-related risks.

David Barmes, Positive Money economist and lead author of the report, said: “While it’s positive that central bankers are ‘talking the talk’ by featuring climate more prominently in speeches and research, there has been a widespread failure to ‘walk the walk’ by turning these words into concrete policy action.

“The 2008 crash showed financial markets cannot be left to self-regulate in the face of systemic risk, but by failing to confront the climate crisis we are repeating the same mistakes on an even bigger scale. Global finance will continue to generate instability and environmental breakdown until central banks and supervisors reshape the financial system to better serve people and the planet.

“Protecting environmental stability is a prerequisite for maintaining monetary and financial stability. If central banks are to fulfil their core mandates and support governments’ climate targets, they must step up action to clamp down on dirty financial flows.”

Positive Money campaigns for a money and banking system which supports a fair, democratic and sustainable economy. Set up in the aftermath of the financial crisis, Positive Money is a not-for-profit company funded by charitable trusts and foundations, as well as small donations from its network of over 65,000 supporters.