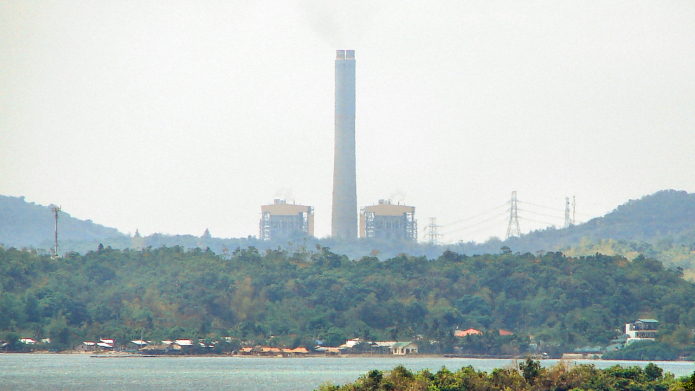 One of the largest banks in the Philippines has announced that it will no longer finance coal plants, becoming just the fourth bank in Southeast Asia – and the first in the Philippines – to exit the fossil fuel. Rizal Commercial Banking Corporation (RCBC) made the announcement after years of pressure from climate activists in the Philippines and an investigation of the bank’s practices by one of its most prominent shareholders, the World Bank Group’s International Finance Corporation.

“No more coal. I’ll say that slowly: no more coal,” said the bank’s president and CEO, Eugene Acevedo, at an event on Thursday. The announcement amounts to a radical departure for one of the leading financiers of a recent coal boom in the Philippines, an island nation that is extremely vulnerable to climate change.  It came a month after the country’s energy department announced that it will issue a moratorium on new coal-fired power plants, although the moratorium does not apply to some 22 proposed plants that have already been approved to be built.

“This announcement, coupled with the Department of Energy’s coal moratorium, heralds the end of coal in the Philippines,” said Aaron Pedrosa, Co-Chair of the Energy Working Group of Philippine Movement for Climate Justice and Secretary-General of Sanlakas.  “Big commercial banks like RCBC that have been aggressively funding coal projects have been recalcitrant in accepting the reality that their coal investments are quickly being reduced to stranded assets. This will bleed them billions, which could have been best invested in renewables.”

RCBC has financed at least 19 new and expanded coal plants in the Philippines in the past decade, according to an investigation by Inclusive Development International. The bank participated in $13.3 billion worth of coal financing after becoming an equity client of the International Finance Corporation, despite the IFC’s 2013 pledge to stop funding coal.

With the World Bank’s involvement exposed, the Philippines Movement for Climate Justice led affected communities in filing a class-action style complaint to the IFC’s independent watchdog, the Compliance Advisor Ombudsman, accusing the lender of fueling climate change through its opaque investments in RCBC. The ground-breaking complaint, co-filed with Inclusive Development International and Recourse, also detailed harm to communities near the plants. The Ombudsman launched an investigation that is nearly complete, with the findings expected to be released early in the new year. It is the first investigation ever undertaken by the watchdog to specifically examine IFC’s contribution to climate change.

“This critical move by RCBC to stop funding coal can be seen as a tribute to the struggles of so many communities in the Philippines against the coal plants ruining their lands and livelihoods,” said Kate Geary, co-director of Recourse. “The era of coal is truly over – and both public and private banks are finally recognizing this.”

The International Finance Corporation has indirectly backed dozens of new coal plants around the world through its commercial banking clients like RCBC, according to research by Inclusive Development International and Recourse. This research, coupled with the Philippines complaint, helped spur the World Bank Group member to adopt a new approach to equity investments in financial intermediaries, which requires its clients to end their support for coal entirely and shift to renewables by 2030.

“Other commercial banks in the Philippines would be wise to follow RCBC’s example and issue ‘no new coal finance’ policies without delay, said David Pred, executive director of Inclusive Development International.  “It is critical for communities in the Philippines and around the world who are vulnerable to the climate crisis that the 22 coal plants in the pipeline there never get built.”

RCBC joins the growing list of financial institutions around the world that have pledged to exit coal and align themselves with the Paris Agreement. But banks in Asia have been slow to adopt such policies, despite the region accounting for the lion’s share of coal plants under development.

Earlier this year, Ayala Corp., a major developer of coal plants in the Philippines and a recipient of RCBC financing, announced that it would divest from coal by 2030. But the country’s other major coal developers – and the local banks that finance them – have remained quiet.

“More than just abandoning coal, RCBC, IFC and other coal funders must pay for the damage done to host communities and be accountable for increasing the country’s carbon footprint in the context of a climate emergency,” said Pedrosa. “Communities have been paying a hefty price for their coal investments – it is time that they be held to account.”

The CAO complaint is available here

‘Disaster for Us and the Planet’:  How the IFC is Quietly Funding a Coal Boom, Inclusive Development International et al, October 2016