Home › News
BankTrack calls upon banks to help fight runaway climate change
New position paper outlines hard choices banks must make if they wish to be part of the solution to the climate crisis
By: BankTrack
2009-12-10
Nijmegen, Netherlands
Contact: 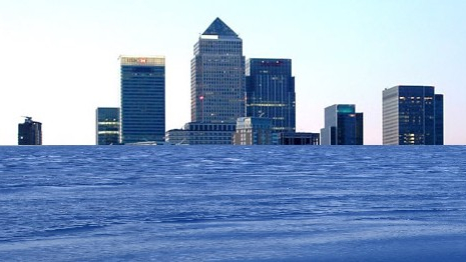 International banks are not doing enough to help combat runaway climate change. They should commit to fundamental changes in their lending and investment practices so that their business activities contribute to solving the climate crisis, rather than further aggravating it. A failure to do so may lead to the serious reputational risk of being branded as co-responsible for climate destruction.

This is the key message of a new position paper of BankTrack, ‘A Challenging Climate 2.0; what banks must do to combat climate change', launched today during the climate talks in Copenhagen.

With some laudable exceptions, commercial banks so far have not done enough to ensure that their business decisions do not worsen climate change, let alone solve it. A number of banks are even instrumental in financing activities and sectors that directly cause climate change, such as ongoing oil and gas exploration, extraction and distribution (including tar sands exploration), coal mining (including mountain top removal practices), energy generation in coal power plants, and projects causing widespread deforestation and forest degradation.

Recent initiatives such as the Climate Principles and Carbon principles lack the ambition needed to create a fundamental shift in business practices, while the best-known sustainable finance initiative, the Equator Principles, places no binding obligation whatsoever on banks to take climate impacts into account when providing project finance.

The BankTrack paper also argues that the emphasis banks put on carbon trading is misguided, as it is leading them away from the real contributions that they could be making to solve the climate crisis: mobilising new capital to finance the shift towards a low carbon economy.

Banks should take steps to disengage from all activities and projects that substantially contribute to climate change. They should:

* End support for all new coal, oil and gas extraction and delivery;

* End support for all new coal-fired power plants; and

* End support for the most harmful and least efficient practices in other GHG-intensive sectors, such as agriculture, forestry and transportation;

Banks should also minimize the extent to which their remaining activities and investments contribute to climate change. They should:

* Assess and report on GHG pollution associated with all their loans, investments, and other financial services;

* Develop a set of tools to address climate issues and reduce GHG pollution across the full range of their operations and services.

Banks should increase their support for the development and use of climate-friendly technologies and production processes. They should:

Banks should not engage in so called ‘false solutions' to climate change, such as carbon trading and the financing of nuclear energy, large scale hydropower, biofuel production with a negative socio-environmental impacts, natural gas exploration and carbon capture and storage.

The paper is the platform that BankTrack member groups will use when advocating for better climate change policies at banks in their own countries.

"There is no lack of words spent by banks on how to deal with climate change; what is lacking so far is serious follow up that does not shy away from making hard choices; for example shifting away from financing fossil fuel extraction and focusing on renewable energy sources," says Johan Frijns, BankTrack coordinator. "Continuing to be a major financier of oil and gas while doing a bit of renewables on the side is not going to save banks' hard-won reputations."

"Most climate policies tend to focus on risks posed by climate change for the business activities of banks. What we urgently need is for banks to focus on the risks their business poses to the climate" says Bill Barclay, present in Copenhagen on behalf of Rainforest Action Network.

"Banks have an important role to play in financing the transition to a low-carbon future, but their focus on carbon trading is misdirected, and in the context of these negotiations, harmful," said Michelle Chan of Friends of the Earth - US, referring to how rich countries are attempting to count private investments in carbon offset credits as public funding for international climate finance under the UNFCCC. "Banks should focus on allocating capital to activities that help fundamentally shift us to a low-carbon path, rather than speculating on carbon commodities."