This profile is no longer actively maintained, with the information now possibly out of date
Send feedback on this profile
Download as PDF By: BankTrack
Created before Nov 2016
Last update: 2016-10-18 19:28:46 Share this page: 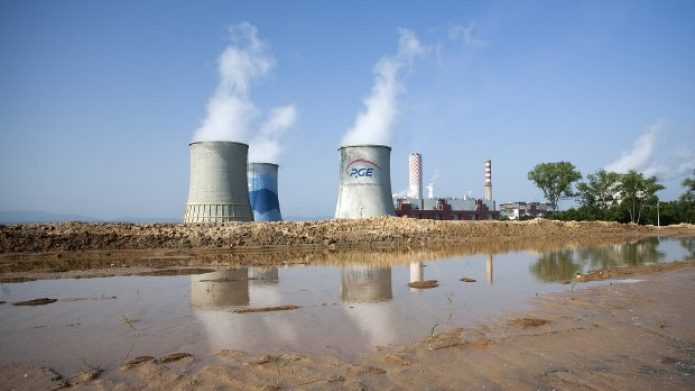 Turów power plant is the third largest heating power plant in Poland, and is located in Bogatynia in the Lower Silesia region, bordering Germany and the Czech Republic. Its generating capacity is 1,694.8 MW. The plant currently consists of seven lignite-fired generation units. From 2014, six units will remain operational. According to a WWF report from 2007, Turów power plant is the biggest greenhouse gas producer in Poland, and 8th in Europe. In March 2014, the tender to built Turow was won by Hitachi Power Europe and MHPS Europe, acting as the consortium leader with a 55.38% stake, and Budimex and Tecnicas Reunidas each holding 22.31% stakes.

Environmental Permit decision been taken to the WSA

Private banks must not finance this dodgy deal in any way.

One of the main problems encountered by those living in the area of the plant is the bad air quality of lower Silesia region. On 21st November 2011, the European Commission sued Poland in the European Court of Justice for lack of progress in its implementation of the Ambient Air Quality and Cleaner Air for Europe (CAFE) Directive (2008/50/EC), which should have been implemented in Poland by the 11th of June 2010. The directive requires in particular that the PM10 (larger dust particles) level does not exceed 50 miligrams/m³ more than 35 times a year. However this PM10 level is breached with much higher frequency in many Polish metropolitan areas. Protests over poor air quality have already led to changes in regional legislation in the Malopolskie Voivoship (province) and its capital, Krakow.

The local health impacts from coal mining, transportation and combustion are also a significant concern, and communities living in proximity to these activities are experiencing adverse social impacts, such as loss of amenities, displacement, and loss of social capital as well as facing increased risks of respiratory disease, heart disease, and lung cancer.

In addition, burning coal causes health related problems related to coal ash and air pollution. The plant also contributes to the region becoming ‘locked in' to coal-based energy production for the next 40-50 years, making the shift to a renewable energy based society all the more difficult.

Poland’s rightwing government has said it will continue to mine coal on its border with the Czech Republic despite being ordered to pay €500,000 for every day that it defies a European court of justice order to stop. The fine was issued by the EU’s highest court on Monday September 20th 2021 after four months of Warsaw ignoring an earlier order to suspend extraction of lignite, a low-quality brown coal, at the Turów opencast mine in south-west Poland. The government said it would continue to operate Turów, arguing that its suspension would put the country’s energy security at risk.
See here the Turow fine countrer.

Environmental Permit decision been taken to the WSA

The Environmental Permit decision has been taken to the WSA (voivodship level administrative court - second instance) and the outcome of the challenge by the Frank Bold Foundation is expected to be known on June 25th. Recently an IPPC procedure has also been opened there.

The first tender was cancelled, but the procedure for the second tender for the investment is still ongoing, since PGE has not announced the outcome yet. The best price offer was made by chinese Shanghai Electric Group that valued investment to 3,08 billion PLN, while PGE planned to spend utmost 2,83 billion PLN.

In February 2014, the Frank Bold Foundation sued the decision of Self-Govermental Appeals board that mainteained the environmental permit in force.

The Greenpeace study Silent Killers estimates that 5,900 life years have been lost due to the pollution caused by Turow.

Coal Electric Power Generation | Biomass Electric Power Generation | Coal Mining | Nuclear Electric Power Generation
- The plant is owned by Polska Grupa Energetyczna (PGE). The PGE Group operates two large lignite mines and more than 40 power stations. Power stations are fueled mainly by hard coal and lignite. The lignite mine from which Turow power plant sources its fuel in Bogatynia will likely be depleted within 30 years. In 2012 PGE Group stated that it might consider building lignite mines and power plants in the Lubuskie region, Western Poland, in a long term perspective, as the deposits of its current mine in Bogatynia will likely be depleted within 30 years. PGE holds permits to explore lignite deposits in the region. The cost of building two mining-energy complexes could amount to PLN 70-75 billion (EUR 16,66-17,85 billion).

POLAND FINED €500,000 for each day illegal mining continues at Turów

One year of illegal mining in Turow, Letter to the European Commission

CZECH REPUBLIC TO SUE POLAND OVER TURÓW COAL MINE

Give us back our water and homes: communities stand up to greedy coal

Construction of the Turów plant began in 1962 and was completed in 1971. PGE undertook a $1.6 billion modernization of the plant in the early 1990s. In October 2010, the utility shut down Unit 8 (which was the least modernized) and subsequently repowered Units 5 and 6 to co-incinerate forest and agricultural biomass. PGE also launched a program that will allow co-firing of biomass in boilers of the plant's remaining power units, 1, 2, 3, and 4.

The first tender for the investment in replacing units 8, 9 and 10 has been cancelled due to prices exceeding investor's expectations at 2.5 billion PLN gross (EUR 600 million). Among the tenderers, the lowest price has been offered by Alstom which valued its services at 4.72 billion PLN gross. In June 2013 PGE announced a new tender for the investment.

Another impediment was the cancellation of the environmental permit for the investment, in August 2012. New environmental permit was granted in October 2013. Previously, in July 2012, a coal dust explosion at Turów power plant injured four workers and set off a fire at three of the plant's eight units which required a team of more than 100 firefighters to extinguish.

In June 2013 Polska Grupa Energetyczna (PGE), the state-owned company that owns the plant, announced a tender for the construction of a new unit at Turów power plant. The deadline for submitting offers has been set for 15th October 2013. The best offer would be chosen by price (85%) and technical indicators (15%). Investment realisation is supposed to take 56 months from the date when work begins. PGE was supposed to choose the contractor by the end of February 2014. However it only did so in March.

The new block is expected to replace the three oldest energy blocks, 8,9 and 10, which are being decommissioned. Completion of the construction and commission of the new unit has been scheduled for 2018.