This profile is no longer actively maintained, with the information now possibly out of date
Send feedback on this profile
Download as PDF By: BankTrack
Created before Nov 2016
Last update: 2016-10-18 17:06:30 Contact: 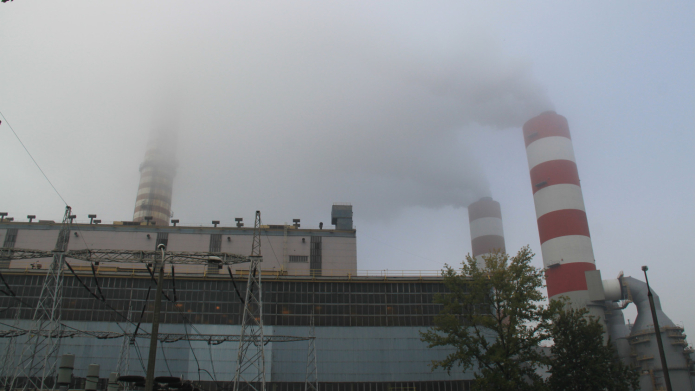 A new 910 MWe (electrical megawatt) unit is planned for the hard coal-fired Rybnik power station, located on the outskirts of the city of Rybnik in Silesia Voivodship, to be constructed by Électricité de France (EDF).

This area is the most industrialized region of Poland, and is where most of the hard-coal mines and the majority of hard-coal power plants are located. Currently the Rybnik power plant has a generation capacity of 1775 MWe, installed in eight blocks, and is the biggest power plant in the Silesia region. The power generated in Rybnik - exceeding 9000 GWh - makes up 7% of the installed electric power in the Polish energy system, and its annual coal consumption is around 4 million tons. The new 910 MWe coal unit was due to replace the (almost 40 year old) units 1, 2, 3 and 4 that were to be shut down before 1st of January 2016.

The new unit would cost EUR 1.8 billion, which EDF planned to cover from the group's own capital. However due to the increase in costs due to the Fukushima accident in 2011 and the economic downturn, it is no longer certain whether EDF is able to invest this sum without resorting to the financial markets.

As long as the European Commission maintains its decision from July 2012 that the project will not be incorporated into National Investment Plan, and support for coal with biomass co-firing is scaled down by 70% as in the latest version of the law, EDF is unlikely to resume the investment. The decision to abandon this risky investment could be hastened by one of EDF's main creditor banks raising doubts about the project's economic feasibility. In the case that the project proceeds, any private bank should participate to its financing in any way.

One of the main problems presented by the new units is the health impact of coal combustion on the citizens of Silesia region. The investment area is characterised by bad air quality. On 21st November 2011, the European Commission sued Poland in the European Court of Justice for lack of progress in its implementation of the Ambient Air Quality and Cleaner Air for Europe (CAFE) Directive (2008/50/EC), which should have been implemented in Poland by the 11th of June 2010. The directive requires in particular that the PM10 (larger dust particles) level does not exceed 50 miligrams/m³ more than 35 times a year. However this PM10 level is breached with much higher frequency in many Polish metropolitan areas including Jaworzno and Rybnik in the Silesia region. Recently a group of residents of Rybnik have taken the Polish state to court over the bad air quality and the lack of clear plans to improve the situation in the foreseeable future. Protests over poor air quality have already led to changes in the regional legislation in the neighbouring Malopolskie Voivoship and its capital, Krakow.

The local health impacts from coal mining, transportation and combustion are also a significant concern, and communities living in proximity to these activities are experiencing adverse social impacts, such as displacement, and loss of social capital as well as facing increased risks of respiratory disease, heart disease, and lung cancer. Moreover use of large quantities of forest biomass can result in price increases and negative impacts on other sectors including paper, furniture and construction. As the power sector "sucks out" almost all available biomass from the market, smaller CHP and heating plants which could take advantage of local biomass potential are more likely to refrain from adjusting these plants to co-firing.

In addition, burning coal causes health related problems related to coal ash and air pollution. The plant also contributes to the region becoming ‘locked in' to coal-based energy production for the next 40-50 years, making the shift to a renewable energy based society all the more difficult. Construction of the new Rybnik unit would prolong the dependence of the Silesia region on coal, potentially leading to new investments into coal mining. This increases the risk of ‘stranded assets' as the requirements of climate and energy policy place ever-increasing pressure on the coal-based energy generation.

Burning coal is one of the most polluting methods of energy production. It causes significant changes to air quality through emissions of toxic substances such as SO2, NOx, small and large dust particles (PM10 and PM2.5) and heavy metals such as mercury and cadmium. Coal burning is also the largest single contributor to GHG emissions worldwide and thus has an impact on the climate of the region and the planet. Coal mining and coal combustion also cause serious water shortages and pollution both by modifying ground and subterranean water flows and sewage discharges that affect river and sea flora and fauna.

One of the most serious secondary effects of pollution from coal combustion is ocean acidification and acid rains. The Silesia region and Rybnik city itself are already struggling with chronically poor air conditions, and the new unit would do little to improve this situation. In fact replacing the ageing units 1 to 4 with small renewables based co-generation heat and power plants and drastically improving thermal efficiency of the buildings in Rybnik and Silesia region as a whole would lead both to the improvement of the air quality in the region as well as to increase of energy security and employment opportunities.

The full costs of energy generated from coal are not fully accounted for. For example, a series of subsidies are still provided to the coal sector in Poland, at both local and national levels.

In the case of the Rybnik power plant the decision of the city council of Rybnik exempted EDF's investment from real estate tax, while coal and biomass co-firing falls under the definition of renewable energy and thus receives direct state support in the form of green certificates.

In 2011 over 50% of "renewable energy" produced in Poland originated from co-firing and EDF was by far the biggest beneficiary. Additionally EDF will receive a part of its CO2 emission allowances in the period 2013-2019 for its power plants in Poland instead of having to purchase them on auctions, and is listed as a company that will be exempted from having to apply the Industrial Emissions Directive for all of its Polish power plants from 1st January 2016. All these subsidies distort the ability of the financial sector to take investment decisions based on unbiased economic calculations.

According to Adam Gawęda, Secretary of State in the Ministry of State Assets, all 8 225MW coal units in Rybnik Power Plant will have been decommissioned by the end of 2030. Exact dates are known for four oldest units (1-4). It must be noted that Polska Grupa Eenergetyczna (PGE), owner of the power plant, has neaither denied nor confirmed this information. PGE is going to built at least one 700MW gas unit in Rybnik PP.

French utility EDF is in talks with a Polish consortium over the potential sale of its combined heat and power plants in Poland. The Polish government has stipulated that the assets, also including a large coal-fired power plant, should only be sold to Polish local interests, with a view to protecting overall energy security. Warsaw had previously stopped a sale of the assets to an Australian and Czech bidder. On Wednesday EDF's Polish subsidiary Kogeneracja said that EDF had formally ended the exclusive talks with IFM. EDF put its heat and electricity cogeneration plants up for sale at the start of last year, along with its 1.8 GW capacity coal-fired power plant at Rybnik in southern Poland (source Power Engineering International).

The tender for supplying the boiler and the turbine hall to the new unit in Rybnik has been won by Alstom and is valued at 900 million euros. Alstom has historically been involved in corruption scandals around the world-ranging from Indonesia, through Zambia, Malaysia, Latvia, Brazil and Tunisia to Slovenia.

The power plant will cease to exist by 2030? The MP got an answer (PL)

PGE became the largest heat producer in the country. It took over the assets of a foreign company (PL)

Spot the difference: Alstom in Indonesia and Slovenia

The economic case for shelving the project is growing. Both EDF and the Polish authorities are exerting strong pressure upon the European Commission to modify its decision from 13th July 2012, and the company is heavily lobbying the Polish law-makers to maintain the current support for co-firing.

Although the group did not say it is dropping it definitely, it has given a statement (via Gerard Roth, Vice-president of EDF for continental Europe) that it will not close units 1-4 but will ‘modernise' them instead so they meet the IED directive standards and are able to operate for another 15 years. In this way the original replacement argument is becoming meaningless. A quick search in the English speaking media revealed that as usual this news appeared only in Polish.

Current status The project remains suspended. In July 2013 EDF maintained its decision to suspend the investment. In the meantime, EDF will invest EUR300m in modernising existing units. Were EDF to continue with the investment, the new unit would produce approximately 4.7 million tons of CO2 per year.