This profile is no longer actively maintained, with the information now possibly out of date
Send feedback on this profile
Download as PDF By: BankTrack
Created before Nov 2016
Last update: 2016-10-13 00:22:39 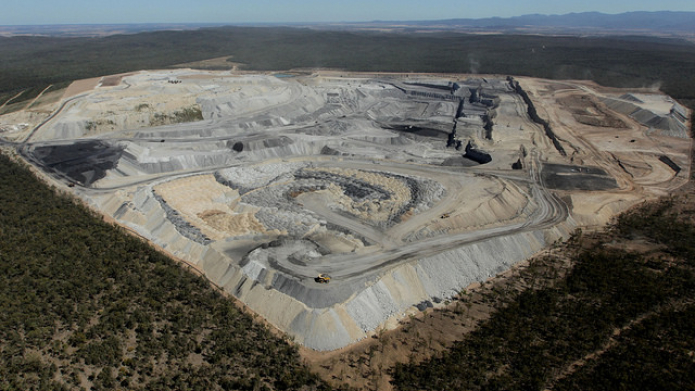 About Maules Creek coal mine

Whitehaven Coal's Maules Creek mine is a part thermal, part semi soft coking coal mine being developed in the Gunnedah Basin in Northern New South Wales. It would produce 13 million tonnes per year (run of mine) for 11 million tonnes per year of saleable coal. It is assumed that the proportion of thermal to semi soft coking coal is roughly 50/50. Coal from Maules Creek would be railed to and exported from the port of Newcastle, some 375 km (233 mi) away from the mine.

Despite extensive community protests and blockades, the first coal left the mine in December 2014.

In December 2012, Whitehaven Coal received a $1.2 billion debt facility to enable the proposed Maules Creek project. The loan, which matured on 21 December 2016 was arranged by ANZ Banking Group. Other syndicate members include Commonwealth Bank, Credit Suisse, Deutsche Bank, Macquarie Bank, National Australia Bank and Westpac. This facility was restructured in late 2013, extending the deferral of debt covenants by 12 months to reflect delays to the commencement of construction of Maules Creek.

In January 2014, Whitehaven Coal said  that they would seek to refinance this loan by looking to the US debt market to take advantage of lower funding costs and longer tenure debt facilities.

There has been a lot of protest against the Maules Creek mine project.

The Maules Creek mine gained national recognition in January 2013 when an activist sent a hoax media release on behalf of ANZ, the lead arranger of Whitehaven's $1.2 billion debt facility, claiming to have withdrawn from the loan. The hoax was revealed quickly and while the impact to Whitehaven's share price lasted only a matter of hours, mainstream media covered the story for days, alerting hundreds of thousands of Australians about the mine and its environmental impacts.

For almost two years there has been a community presence on the site of the proposed Maules Creek mine. Since Whitehaven attempted to commence construction, numbers have swelled to over a hundred. In recent months trainings in community action and peaceful resistance have taken place on site, associated with direct actions that have prevented construction taking place. On 31 March, 82 arrests were made on the proposed mine site.

Actions have also taken place away from the mine site. In November 2013, over 70 activists protested in front of Whitehaven's Annual General Meeting in Sydney, while several customers of ANZ have publicly cut ties with the bank in protest over its role in arranging the Maules Creek debt facility.

The Maules Creek mine site is situated in the Leard State Forest, a roughly 4,000 hectare region of rare remnant bushland in the Liverpool Plains of Northern New South Wales. It would see 1,665 hectares of the forest removed to accommodate the mine. Over thirty vulnerable species were listed as present in the Environmental Impact Statement for the Maules Creek mine. These include 500 hectares of White-Box Woodland Forest, which is listed as critically endangered.

Residents are concerned at the extent of coal dust contamination near the mine site and along the 375 kilometre rail corridor to Newcastle. Health alerts in the Hunter Valley (through which Maules Creek coal would be railed) for dangerously high levels of air pollution already occur on a daily basis and the Hunter region already experiences very high levels of respiratory disease.

The mine would directly compete for water resources with nearby prime agricultural land, while the Environmental Impacts Statement for the Maules Creek mine acknowledges that it, along with two other mines in the same catchment, would result in significant falls in the water table.

Whitehaven's offset plan for the Maules Creek mine has created several legal and regulatory risks for the company. At issue is the ability to achieve "like for like" offset replacement and protection of habitat that is critically endangered and, as part of one of the last areas of remnant bushland in the region, would result in the loss of forest that is part of the migration path for a number of bird species.

The Federal Government is currently investigating whether Whitehaven Coal breached section 489 of the Environmental Protection and Biodiversity Conservation Act for having provided false and misleading information to the government when applying for its environmental permit. If a breach is found it would be considered a criminal offence.

Community anger over the failure of offsetting programs and regulations has led to a federal Senate inquiry into the efficacy of such programs. Whitehaven is one of several major fossil fuel developments that will be under significant scrutiny over the coming months and the inquiry begins taking and reviewing submissions.

The traditional owners of the land on which Maules Creek is proposed are the Gomeroi people, and are another significant group opposing the mine. They have been outspoken in their opposition to the mine and remain so, conducting briefings with governments and investors, and attended the ANZ Annual General Meeting in December 2013 to raise their concerns with the bank's board.

Activists protest at Whitehaven coal site across the North West

Protests ramp up at Maules Creek

Multiple arrests at NSW mine protests

At 92, I was arrested for protesting against mining. I'm glad I took a stand

Leard blockade: Police move in on protesters at Whitehaven Coal's Maules Creek mine

The trouble with offsets

Anti-mining blockade steps up a notch at Maules Creek