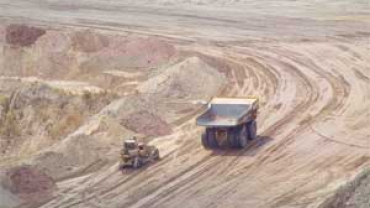 Konkola Copper Mines (KCM) is Zambia's largest copper producing mine and is majority-owned by Vedanta Resources. Vedanta bought KCM from Anglo American in 2004. Since then, Vedanta have overseen a scaling up in its operations while presiding over an extremely poor record on environmental abuses, infringements on internationally accepted labour standards and has continued to pay very little tax to the national government.

Financial institutions that have a social ethic or a concept of responsible lending should sever ties with Vedanta Resources.

Health problems from environmental damage
Excess sulphur dioxide emissions from smelting create human respiratory diseases as well as immediate problems for local communities in securing a livelihood. As a local environmentalist noted, “The only crops that survive are mangos, avocados and cactus. With low salaries, people can't buy food. But they can’t grow their own vegetables either.” This is a problem particularly for communities downwind of the Nkana, Mufulira and Kitwe smelters.

Also, heavy metal effluents being discharged into rivers that supply drinking water are a serious risk to human health. In November 2006, the entire Chingola district was faced with a water supply crisis following pollution of the Kafue River by a spillage of mining effluents from the KCM plant. Consuming water as polluted as that in the Kafue, eating fish from the river, or plants watered with polluted water is likely to have wide-ranging short-term and long-term health implications. Between them the chemicals spilled into the river could cause lung and heart problems, respiratory diseases and liver and kidney damage. In the short term, a large number of residents suffered from diarrhoea, eye infections and skin irritations. These are likely to be only the early signs of poisoning that will have long-term impacts. Exposure to manganese can cause 'manganism’ a disease of the central nervous system affecting psychic and neurological functions. Brain damage effects in the local population may only show up in future generations.

Labour right abuses
KCMs employment practices which have been described as draconian with some sub-contracted skilled labourers claiming they are paid as little as £37 per month when it is estimated that the average Zambian family needs at least £151 a month to meet their basic needs.

While the company does provide employment to a small proportion of the local community with basic benefits such as access to health care and engages with the trade union engagement, there remain a number of serious concerns over their labour record. KCM employs a massive sub-contracted labour force which means they don’t receive the basic benefits that contract workers are afforded and are susceptible to illegal labour practices and improper pay. All employees also risk not being paid overtime and suffering from poor health and safety practices under Vedanta’s ownership. Rayford Mbulu, President of the Mineworkers Union, Zambia has been quoted as saying “(Sub-contracted workers at KCM) are (employed in) very inhumane conditions – these conditions are basically intended to maximize profit by putting capital above labour”.

Recently, Vedanta made wide scale job cuts at KCM with approximately 2,000 employees losing their jobs. However, a few months earlier, KCM’s chief executive officer said the mine would seek ways of reducing operational costs rather than cutting jobs. At the same time as these redundancies were being made, Vedanta was in the process of bidding to buy another mine on the Copperbelt, Luanshya Mine, which had recently had to close.

Vedanta, through KCM, has been involved in serious incidents of environmental mismanagement that have compromised the health of local people. The most common and serious problems are sulphur dioxide emissions from its smelters, heavy-metal effluents being released into drinking water and silting of local rivers. Excess Sulphur dioxide emissions creates acid rain that damages the rivers. Heavy metal effluents being dicharged into rivers seriously pollutes the riverwater.  See also social impact box.

Taxation
KCM has negotiated a secret tax agreement with the government, offering it tax rates outside of the substantial law. This breaches OECD Guidelines for Multinational Enterprises, which stipulate that 'enterprises should refrain from seeking or accepting exemptions related to taxation, not contemplated in the statutory framework.

Since beginning its operations in Zambia, Vedanta through KCM was paying the Zambian government with royalty fees of just 0.6 per cent instead of the 5 to 10 per cent industry average in developing countries. Whilst legal, this rate of royalty implied that, in 2006/07, the Zambian government would have received mineral royalties of only US$6.1 million from KCM, while company extracted copper ore worth over US$1 billion.

Zambia copper generates 75 per cent of the country’s foreign export earnings but the government is not receiving its fair share of the income generated at a time when life expectancy in the country is 37 years, one in three children do not go to school, and 68 per cent of the population live in extreme poverty. In 2007, KCM made a net profit of US$310 million which is more than Zambia spent on healthcare.

In April 2008, the then Zambian President, Levy Mwanawasa, announced that no longer would the Zambian government accept the little income it was rendering from the copper mines. The government introduced a 25 percent windfall tax, 15 percent variable profit tax on income above 8 percent of sales, raised mineral royalties to 3 percent from 0.6 percent and corporate tax to 30 percent from 25 percent.

While Vedanta publicly welcomed the changes in taxation policy, it was widely accepted that in private the company was exerting extreme pressure on the Zambian government to not adopt these policies which would see the company paying far more money to the government. In December 2008, Mines Minister, Maxwell Mwale, admitted that owners of Zambian copper mines, including Vedanta, asked the government to cut mining taxes ‘to help them survive a commodities downturn.’ Newly elected President, Rupiah Banda, duly succumbed to the pressure of the mining companies, including Vedanta and reduced the amount of tax revenue they would accrue for the copper mines. In turn this has reduced the capital expenditure the government of Zambia can put towards ‘implementing vital programmes in health and education’ which they had committed to when introducing the new tax regime.

Zambia's Konkola Copper Mines (KCM) plans to invest $172 million in a new copper treatment project with a 13 year lifespan. The proposed project is planned to produce 50,000 tonnes of finished copper per year. As a news article reports: "The materials will be treated using a process known as agitated leaching. This process uses acidic solutions to treat the materials into finished copper."

For whom the windfalls?

In 1990s mining companies took advantage of the fact that the Zambian state was desperate to secure new investment to negotiate their purchase of the state-owned Zambia Consolidated Copper Mines (ZCCM) assets under ‘Development Agreements’ that exempt them from covering most of ZCCM’s liabilities, including pensions for its employees, from paying most taxes, and from many national laws, for example on environmental pollution. These agreements have a highly unusual legal status, only otherwise accorded the Zambian Constitution. They cannot be contradicted by future legislation as ‘Stability Periods’ ensure the policies in place when agreements were made cannot be changed for between 15 and 20 years. In some cases, by the end of these periods, all of the copper ore remaining in the mines will have been removed. Given their massive implications, what is amazing about the Development Agreements is that they had been kept secret until uncovered in 2006.