This profile is no longer actively maintained, with the information now possibly out of date
Send feedback on this profile
Download as PDF By: BankTrack
Created before Nov 2016
Last update: 2016-07-04 21:26:55 Contact: 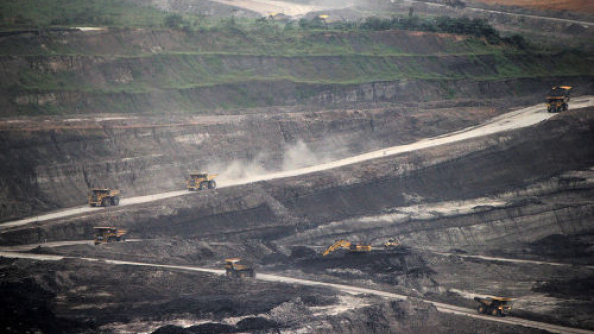 BHP Billiton's coal mining concessions for the IndoMet Project span an area of 350,000 hectares, more than twice the size of Greater London. The concessions contain more than 1.2 billion tonnes of mostly metallurgical coal that would be shipped to Asian markets. To transport the coal to a port, a 425 kilometres long railway will be built. The IndoMet Coal Project, which was initially referred to by BHP Billiton as the Maruwai coal project, covers five potential coal deposits in East and Central Kalimantan in Indonesia.

BHP pins future of Indonesian coal mine on new rules

BHP Billiton's IndoMet mine is a disaster in the making. If BHP Billiton is serious about becoming a leader in responsible mining, it should withdraw from IndoMet immediately and seek permanent protection for the area. The Heart of Borneo is simply too precious a place to destroy.

Similarly, commercial banks should refuse any financial transaction with BHP Billiton as long as they cannot be certain the proceeds will not be used for the development of the IndoMet Coal Project.

For centuries, the indigenous Dayak people of Indonesian Borneo lived from the abundant forests and rivers that blanketed the region. They depend on the forest for food, medicinal plants, non-timber forest products and water.  Now, BHP Billiton is planning to build a series of massive coal mines that would destroy primary rainforest, deprive indigenous peoples of their customary land and pollute water sources relied on by one million people. The project will directly impact ten villages surrounding the concession areas, affecting an estimated 10,000 people.

The project has already led to conflict in Maruwei, a village of 700 people near the Haju mine, the first of BHP Billiton’s mining operations in the area. Global Justice Now has documented how Maruwei residents were forced to accept token payments of 100 rupiah, the equivalent of half a UK penny, per square metre for an area of their customary forest in 2006.

The local community did not possess formal deeds to the land. BHP Billiton was able to claim that the paltry amounts given to local people were goodwill payments rather than compensation. BHP Billiton could take possession of the land without the informed consent of the community. This runs contrary to BHP Billiton's commitments to obtaining the free prior and informed consent of indigenous peoples. As a member of the International Council on Metals and Mining, BHP Billiton has committed to obtaining the consent of indigenous peoples for mining operations affecting their land, including for "customary owners or occupants of land or resources."

Said Yesmaida, wife of the head of the village of Maruwei: "we signed the agreement about the land with BHP but honestly did not understand. The compensation was one million rupiah (about GBP50) per hectare of land. The communities did not agree this price and there was no process of negotiation. They just came and asked us to sign the form and then gave us the cash. Someone who had three hectares of land got three million, two hectares got two million...we do not want BHP to operate along the Beriwit."

For the construction of the railway, which would be done in a private-public partnership, another 27,000 hectare of land need to be acquired. Yet so far no attempt to consult communities in the rail corridor has been made.

The IndoMet Project is located deep in Central Kalimantan in an area known as the Heart of Borneo. Covering an area the size of England and Scotland combined and spanning three countries, the Heart of Borneo is one of the largest transboundary rainforests remaining in the world. According to WWF, which has been closely involved in managing the Heart of Borneo initiative, the area is home to six percent of the world's biodiversity, contains the headwaters for 14 of Kalimantan's 20 major rivers and provides food, water and livelihoods to 11 million people.

The seven concessions granted to BHP Billiton contain an estimated 75,000 hectares of primary forest in central Borneo, forests recognised globally for their biodiversity. The area provides habitat for orangutans, pygmy elephants, clouded leopards, rhinoceros, proboscis monkeys and numerous other rare and endangered species. Such is the biological richness of these vast remote forests that new animal and plant species are discovered every year.

The secondary forests inside the concession areas provide a refuge for large numbers of orangutans who are already critically endangered and have already been displaced by rampant land-clearing in the more accessible lowland regions. If IndoMet goes ahead, their habitat will be threatened and they will face displacement once more. The area is also the headwaters for the Barito River, one of the main arteries of Central and South Kalimantan, providing water, transport and sustenance for millions.

BHP pins future of Indonesian coal mine on new rules

According to Reuters: BHP Billiton said plans to develop a massive mine in Borneo will hinge on a revision of Indonesia's mining rules, including on compulsory divestment and contract extensions. In September 2015, BHP said it had started mining at the Haju mine, part of the first stage of the IndoMet Coal project, in the forested Central Kalimantan province.

Legal claim on 1,000 hectare of land by indigenous Dayaks

BHP has hit a roadblock on its coal mine in Indonesian Borneo after finally starting operations. The company begun mobilising the Haju mine, after being delayed by the global financial crisis. But the indigenous Dayak people of the nearby village of Maruwai, in the remote north Central Kalimantan, have launched a legal claim that aims to lock BHP out of 1,000 hectare of land within the project area (source: www.news.com.au).

Representatives from Colombia and Indonesia have arrived in London to tell the BHP Billiton board that coal-mining is detroying communities (source: Global Justice Now).

Coal Mining | Coal Electric Power Generation
Adaro has a stake of 25% in the IndoMet project.

Coal Mining | Oil and Gas Extraction | Mining
BHP has a stake of 75% in the IndoMet project.

The Hunt For Minerals In The Coaled Heart Of Borneo

BHP Billiton to face grilling from coal-impacted communities at AGM

BHP go ahead for IndoMet coalmine

BHP in Indonesian Borneo: the coal disaster waiting to happen

BHP Billiton encroaching into the Heart of Borneo

BHP Billiton to be slammed for Borneo coal mining at AGM

What Is BHP Up To In Indonesia?

What Is BHP Up To In Indonesia?

IndoMet in the Heart of Borneo

Profile of the IndoMet Coal Project as part of the Coal Issues portal on SourceWatch, a project of CoalSwarm and the Center for Media and Democracy.
http://www.sourcewatch.org/index.php/IndoMet_Coal_Project

BHP Billiton started mining at the Haju mine, part of the first stage of the IndoMet coal project, in September 2015.

In its 2013 Annual Report BHP Billiton revealed a significant upgrade in the total resources of both Bumbun and Julio NorthWest deposits to 187 million tonnes and 810 million tonnes respectively. While significantly larger than both Haju and Lampunut, the Bumbun and Julio NorthWest deposits have been less intensively explored and the delineation of the coal resource is at a far earlier stage. As of early 2014, the combined coal resource of all the deposits is 1.271 billion tonnes, overwhelmingly of metallurgical coal.

In March 2010, BHP Billiton announced that it had entered into "binding agreements to create a new joint venture for its Indonesian Coal Project (ICP) with a subsidiary of PT Adaro Energy TBK (Adaro), which has agreed to acquire a 25 percent interest in the ICP joint venture. The finalisation of the joint venture was subject to the agreement of the Indonesian government. BHP Billiton holds the remaining 75 percent."

In June 2008 BHP Billiton announced that it decided to proceed with the US$100 million development of a one million tonnes per year Haju mine and associated river port as the first stage in the broader Murawai coal project. The next year, following the global financial crisis, BHP Billiton announced that it was shelving the project after reviewing work on the trial Haju mine.

The coal deposits were discovered by BHP Billiton in the late 1990's, but initial development of the first of the five deposits within the broad project area, the Haju coal project, did not commence until 2008.