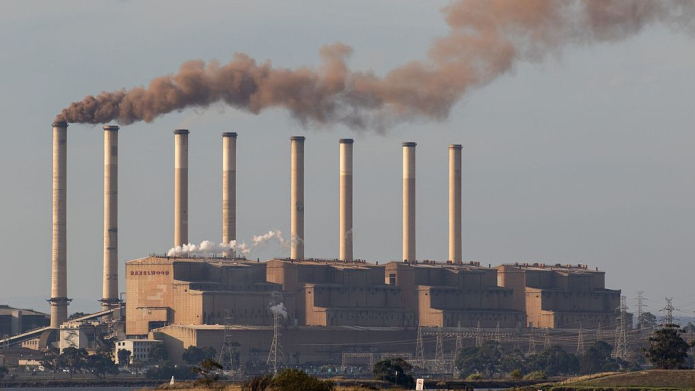 Hazelwood power station and mine are located in Victoria's Latrobe Valley, 150 km east of Melbourne in Australia. The 1,542 megawatt brown coal-fired power station is supplied with up to 15.3 million tonnes of coal from the adjacent mine, which covers an area of 3,554 hectares. The power station produces approximately 12,000 GWh. Hazelwood is jointly owned by ENGIE (72 per cent) and Mitsui & Co Ltd (28 percent). Being over forty years old, it is considered to be the dirtiest power plant on earth: Hazelwood is a brown coal mine, a lower grade than black coal, and so it is especially polluting.

Hazelwood power station to be closed in March 2017

ENGIE, being the major owner of the Hazelwood power station and mine, should immediately close down this plant as it has been responsible for over forty years of releasing CO2 and other dangerous pollutants into the earth's atmosphere. ENGIE should also publish a phase out plan, with 2020 as the phase out date.

Banks financing ENGIE should engage with the company and stop financing it as long as ENGIE has not announced the closure of the plant.

UPDATE: Engie announced the closure of the plant in November 2016, marking a successful end to the campaign on this project. This profile was therefore placed on record.

The Climate and Health Alliance (CAHA) estimated the costs of health damages associated with coal combustion for electricity in Australia amount to AUD2.6 billion per year. It is a social cost that falls particularly heavily on communities like Morwell in the Latrobe Valley, or in the Hunter Valley with substantial coal mining and coal fired electricity generation.

There are "stark differences" in health between people of the Latrobe Valley and the rest of the state. Both men and women die earlier than people in other areas - 3.4 years earlier for men, 2.2 for women. It has seven times the state average for asbestos-related disease, due to the use of the material in the early days of the power stations.

Morwell is one of the most disadvantaged towns in the country. A government inquiry into the Hazelwood mine fire revealed that the Latrobe Valley community had an "imminent and existing large-scale respiratory health problem" due to exposure to air pollution and high rates of smoking. The inquiry found that the fire itself had significant health impacts, particularly for those with existing conditions.

It also accepted expert evidence that "it is likely" that there was an increase in deaths and that "the most likely explanation" for at least some of those deaths was air pollution from the fire and possibly bushfires raging at the same time.

But the issues are deeper than the fire. The Australian Medical Association stated: "The risks withstood are not just those related to the exposure to harmful environmental factors arising from the 45-day fire causing a state of emergency, but also because of the ever present risks from harmful levels of air pollution due to proximity to the mining operations of the coal industry."

Hazelwood burns brown coal, which is one of the most polluting ways to produce electricity. And as a result, it pumps out more than 16 million tonnes of greenhouse pollution each year. That's almost 15 percent of Victoria's annual greenhouse gas emissions and 3 percent of Australia's greenhouse gas emissions. As well as being a huge greenhouse polluter, Hazelwood is also a massive user of water and emitter of dangerous pollutants. It uses 27 billion litres of water a year. That's almost as much water as the whole of Melbourne uses in a month. If Hazelwood was closed much of this water could be returned to the struggling Latrobe River which flows into the Gippsland Lakes. Furthermore, the National Pollutant Inventory shows that Hazelwood is the single largest source of dioxin pollution in Australia, as well as emitting 7,800 tonnes of hydrochloric acid each year. Read more here.

A 2014-2015 report by the Australian Department of the Enviroment shows the emission figures for the Hazelwood plant.

The power stations of the Latrobe Valley used asbestos widely in their construction. The substance was banned in Victoria in 2003. However, it's estimated that 146,000 employees and contractors, who worked in SEC plants from 1921 to the 1980s, were exposed to it. Between 1976 and 2008, AUD52.6 million has been paid to former SEC employees by the State Government insurance authority, and a further AUD369 million is expected to be paid out by the Victorian Managed Insurance Authority to former employees.

In June 2010, the EPA confirmed it was investigating reports asbestos could be in one of Hazelwood Power Station's smoke stacks. A former worker claims to have lost his job after speaking out about asbestos at a health and safety meeting. Speaking to The Express newspaper he said, "It is not just in the stacks, it's everywhere, the place is riddled with it, Hazelwood has no duty of care to its workers or the public." Another worker, trained in asbestos identification, said for years Hazelwood management had ignored workers' concerns. International Power Hazelwood spokesperson Neil Lawson has responded, "It is well documented that there is still an amount of contained asbestos material which, if required, is being progressively and safely removed by specialised licensed contractors during major plant outages and maintenance activities." The same newspaper subsequently reported comments by the EPA that the Hazelwood business had no case to answer and that asbestos fibres were not present in its smokestacks.

Hazelwood Power Station's eight chimneys, which soared 137 metres above the Latrobe Valley town of Morwell for more than half a century, have been demolished in a series of controlled explosions.

Hazelwood power station to be closed in March 2017

ENGIE in Australia announced it will close Hazelwood coal power generation station and the adjoining mine, in the State of Victoria, Australia. The closure will be effective at the end of March 2017.

French gas and power group Engie said it is considering the closure or sale of its Hazelwood coal-fired plant in Australia as part of its strategy to exit its intrest in fossil fuels (source: Reuters Africa).

A fire, commonly referred to as the Hazelwood Coal Mine Fire, started at the mine on 9 February 2014 and was officially considered controlled on 10 March 2014. The Chief Officer of the Country Fire Authority described the fire as "one of the largest, longest running and most complex fires in the State's history."

Thousands of residents in nearby towns were affected by smoke and ash from the fire. On 28 February the Chief Health Officer of Victoria advised the vulnerable groups of people in Morwell South to temporarily relocate due to the danger of PM2.5 particles. Tim Flannery questioned whether GDF Suez was taking sufficient action to keep the community informed and said the fire highlighted the need for better preparation and inquiry into the state of mines around the country, and the risks they posed to nearby communities. On 11 March 2014 Premier Dennis Napthine announced a judicial inquiry into the circumstances and impacts of the fire.

Hazelwood coal power station to close with loss of up to 1,000 jobs

Hazelwood Power Station was approved in 1959, and was to consist of six 200-megawatt generating units, giving a total of 1,200 megawatt of generating capacity. The first unit was to enter service in 1964, and the sixth in 1971. Growing electricity demand saw a review carried out by the SECV in 1963, with commissioning of the generating units moved forward to 1969. Additional capacity was provided when in 1965 two additional generating units at Hazelwood were approved, to be commissioned in 1970 and 1971 respectively.

Hazelwood Power Station and associated mine were privatised by the Kennett government in 1996 after many years of downsizing under a 'structural efficiency' model undertaken by the then state Labor government. It was sold for AUD2.35 billion, and it operated as 'IPR-GDF SUEZ Hazelwood', an Australian public company, which is owned by UK company, International Power plc (91.8% share)- part of the GDF SUEZ group (now ENGIE) - and the Commonwealth Bank Group (the remaining 8.2%).

After privatisation the new owners engaged in capital investment, with AUD800 million invested in Hazelwood since 1996, such as replacement of boilers, rotors, turbines and the completion of an AUD85 million project to reduce dust emissions by 80%. If Hazelwood had not been sold to private interests, activist groups say the SEC (State Electricity Commission) would have shut the station down in 2005.