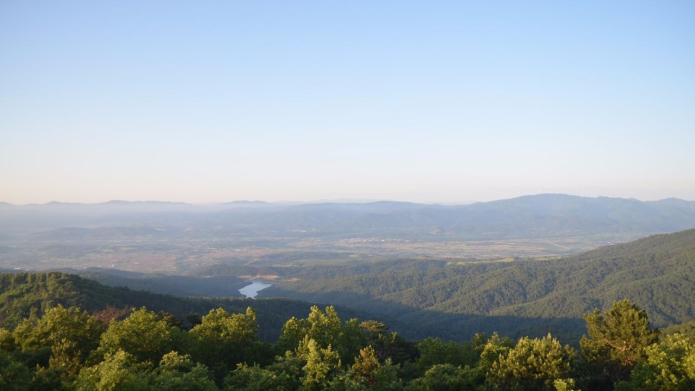 The Çırpılar power plant is a proposed coal-fired power plant to be located in the Çanakkale province, near Çırpılar, Turkey. It would be fuelled by a new open-pit lignite (brown coal) mine, which would cover an area of 845 hectares. The plant would consume 3.5 million tonnes of lignite per year, and produce 200MW of thermal energy. Storage for 465,000 tonnes of coal would be developed, covering an area of around 90 football pitches (36.5 hectares) on the edge of the pristine Mount Ida.

The Cirpilar coal power plant would add about 5 million tonnes of CO2 into the Earth's atmosphere thereby contributing to climate change. The project would have adverse impacts on local biodiversity and the rich flora and fauna of nearby Mount Ida national park.

The project should be cancelled, as its Environmental Impacts Assessment is not appropriate, and was rejected by the court in April 2020. It is planned on valuable agricultural land of which over 10,000 people’s livelihood depend. The process requires a cumulative impact assessment. However, given current Turkish energy policies, there is a chance that the project will proceed despite the problems in its EIA.

The project could have severe impacts:

The levels of toxic particles and NO2 in the air over the entire Canakkale region and beyond would increase the risk of diseases such as stroke, lung cancer, heart and respiratory diseases in adults, as well as respiratory symptoms in children. This leads to premature deaths from these causes. SO2, NOx and dust emissions contribute to toxic particle exposure.

The project also risks the pristine environment of Mount Ida and its vast biodiversity. In 2015, local authorities in the area submitted an application to include the mountain in UNESCO's World Heritage list.

According to Coal Exit Tracker the Cirpilar coal power plant has been cancelled.

The Çanakkale Administrative Court decided in favor of Kazdağı Society for Conservation of Cultural and Natural Assets and TEMA Foundation and canceled the EIA approval decision of Ministry of Environment and Urbanization for Çırpılar CP project (Evrensel.net).

On the 30th of May 2019, the Çanakkale Provincial Directorate of Urbanization and Environment announced that the EIA process for the Cirpilar coal project has restarted, according to the application from KİAŞ - a subsidiary of Turkish Coal Enterprises-TKİ (Cannakale.csb.gov.tr).

Kazdağı Society for Conservation of Cultural and Natural Assets, TEMA Foundation, Agriculture Engineers Chamber filed a lawsuit against the decision of the court, supported many NGOs and chambers such as Right to Clean Air Platform, İda Solidarity Association, Green Yenice Association and Yuva Association. In October 2018 the Çanakkale Administrative Court decided on the suspension of execution and ordered a repeat of the investigation by experts for the EIA after the lawsuits from local and international NGOs and platforms (Sozcu.com.tr).

After investigation and evaluation meeting, against all the opposition of local platforms, NGOs and deputies, the Ministry of Environment and Urbanization approved and accepted the Environmental Impact Assessment (EIA) as final at 29th of June 2018 (Cannakaleolay.com).

The fight against the Çırpılar power plant continues

Photos of the Cirpilar region

The Çırpılar coal power plant project is one of thirteen new coal projects (including two already under construction) planned in the Çanakkale region of Turkey. It has been in pre-permit development stage since May 2015 when the project sponsor, Taşzemin İnşaat (a subsidiary of Taşyapı Holding), submitted its Environmental Impact Assessment (EIA).

The area where the project is planned is qualified as agricultural land, meaning a decision by the Ministry of Food, Agriculture and Livestock on change of use is necessary. This decision can only be issued once the EIA is approved by the Ministry of Environment and Urbanization, which has not yet occured as of September 2017.

However, the project has been discussed twice, most recently in December 2016, by the Soil Protection Council of Çanakkale and considered inappropriate, because ponds established by public funds for irrigation of arable land have been designated as the source of cooling water for the coal plant.

However the Soil Protection Council of changed its mind by July 2017, releasing a new decision stating that the project was not inappropriate, although no changes had been made to the project plans. The project sponsor has added this decision to the current EIA report as an annex, although the final decision on the suitability of the area for non-agricultural land use still lies in the Ministry of Food, Agriculture and Livestock. The impression given in the current EIA report that the Soil Protection Council's approval justifies their project plans is misleading.

After the announcement in January 2017 of the project’s evaluation and assessment meeting, a coalition of local communities, environmental associations, national NGOs and Turkish citizens mobilised to object to the project. In a very short time 65 village leaders in the region, among 75 in total, submitted letters of objection and more than 50,000 individuals signed a petition, initiated by TEMA foundation, to cancel the project. Moreover, a mass social media campaign started and became so popular that the issue found its way to national media outlets despite the current busy political agenda in Turkey. The meeting was delayed and rescheduled for 13 September 2017.