This profile is no longer actively maintained, with the information now possibly out of date
Send feedback on this profile
Download as PDF By: BankTrack
Created before Nov 2016
Last update: 2016-10-12 08:20:57 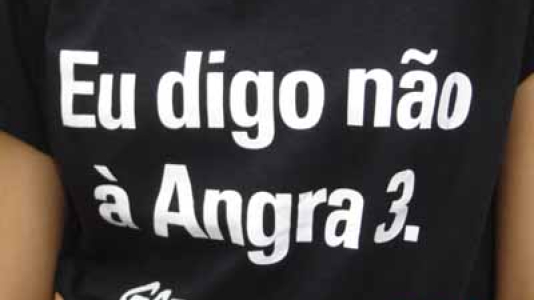 Any of the banks approached should not finance the Angra 3 nuclear power plant project directly or indirectly through general funding to Eletronuclear.

Brazil is a developing country where the demand for electricity is expected to grow at 20-25% a year but where the average income is low. The enormous costs associated with nuclear power means both reactor construction costs and the cost of building an electricity grid to deliver the power will be passed onto the ratepayer. These costs may be prohibitively high for many Brazilians, excluding large swathes of the population from access to electricity.

Any large-scale upgrades and adaptations required to integrate new safety requirements may lead not only to higher construction costs, but also increase the risk of unplanned outages during its operation.

But it is not just the technology and standard issues around nuclear power that makes this project unsafe. Angra 3 does not include any control or system to prevent the spread of radioactive material in the event of a nuclear accident. In its planning, there was no risk-analysis carried out, in clear violation of international standards.

The site of the project is accessible only via one road, which is often closed due to frequent landslides. Furthermore, Brazilian public prosecutor also twice demanded the work be discontinued for safety reasons, but no action was taken.

The construction of Angra 3 was originally approved in 1975 by presidential decree number 75870/75, which the government is using as a pretext for resuming construction. However, this decree was repealed in 1991 by a further presidential decree. More importantly, the decision to build the third reactor at Angra and subsequent governmental approvals, conflict with Brazil’s constitution. Adopted in 1988, the federal constitution requires that, in addition to an authorising act of the executive, any action to construct nuclear facilities in Brazil must be approved by Congress. It has neither been discussed nor voted on in Congress, because the government is arguing that the reactor was already approved in 1975 before the constitution was adopted. But this ignores the fact that the 1975 decree was nullified in 1991.

Moreover, the Brazilian nuclear watchdog CNEN is not an independent body, but has direct commercial interests in the Angra 3 project. INB, the group providing the fuel to power Angra's reactors, is a subsidiary of CNEN. This makes CNEN a supplier with commercial interests and therefore presents a conflict of interest.

After the initial guarantee from last year and the initial deadline, the german ECA Hermes is now evaluating to renew its guarantee, taking into account the aftermath of the Fukushima disaster. The German government won't make a final decision before August.

End of April the financial proposal from banks ended and so far has not been postponed. New meeting between Hermes and Electronuclear may happen before end of 2011.

Société Générale is leading the discussion and proposed a "scope of work" to eletronuclear.

Hermes, the German export credit agency, delivered a pre guarantee at the beginning of 2010. The construction of Angra 3 started again in june 2010.

Brazilian nuclear utility Eletronuclear has been looking for $1bn from a private partner to complete construction. However, at $2,100 per kilowatt, Eletronuclear's estimate dramatically understates the reasonable actual cost to complete construction, based on recent costs incurred at similar sites in the United States and Europe. Securing construction funding in Euros increases the financial risk of the project. The Brazilian real has fluctuated 37% over a one year period compared to the Euro. This volatility will eventually impact the project's cost.

The loan will cover about 59% of the total costs of the project which is expected to cost BR 9.5 billion ($5.6 billion). Mid-January, Electronuclear announced it has recieved an offer for $1.99 billion in financing from a pool of french banks to develop Angra 3 nuclear power plant.

In 2011, a consotium of banks including Societe Generale, BNP Paribas, Credit Agricole, CIC, BBVA and Santander made a funding offer to Eletrobras to fund equipment for the Angra 3 nuclear power plant project.

Angra 3 construction and start up

This is the website of a government-controlled company that provides nuclear-generated power to consumers in Brazil.
http://www.eletronuclear.gov.br

Angra-2 was the first and only nuclear power plant to be completed under the terms of the 1975 Nuclear Accord between Germany and Brazil. Angra-2 was commissioned in October 2000 - 25 years after start of construction and 17 years later than scheduled. The overall costs of this project were US$10 billion, three times as much as was initially planned.  Angra 2 was designed and constructed by German KWU/Siemens, bought by French State owned Areva.