Link to the report: 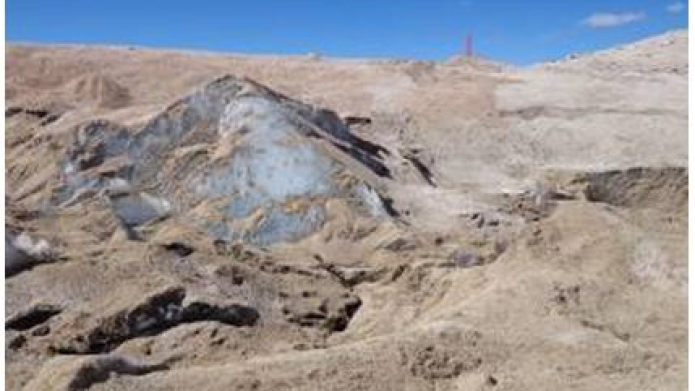 A recently released report reveals more than 400 glaciers in the Diaguita-Huascoaltino territory, many affected by Barrick Gold’s Pascua Lama project and El Morro (Goldcorp). The Center for Human Rights and Environment (CEDHA), just released a report (now available in English), on Glaciers and Periglacial Environments in Diaguita-Huascoaltino Territory, which includes a full and never before seen inventory of the hundreds of glaciers in the vicinity of two mega mining projects, Barrick Gold’s Pascua Lama and Goldcorp’s El Morro projects. As part of its Democratizing Glaciers Initiative, CEDHA has also publicly posted the glacier inventory, which is easily downloadable and viewable in Google Earth (inventories are downloadable at: http://wp.cedha.net/?page_id=8168&lang=en).

CEDHA’s glacier inventory at the Pascua Lama site was carried out by analyzing satellite imagery, as well as through the consultation of private and public sources. Several anonymous contributions submitted to the environmental organization from persons with access to the highly secure mine site were also key in the preparation of the report. Pictures delivered to CEDHA from anonymous sources show a thick dust cover over one of the most controversial glaciers, Toro1 (see picture).

CEDHA’s inventory registered 118 uncovered white glaciers and 305 rock glaciers located on indigenous grounds. There all between 3,600 and 5,800 meters above sea level. Barrick only admits to a handful of glaciers present near Pascua Lama.

One of the most alarming discoveries revealed by the research carried out by CEDHA is that several of the glaciers closest to the Pascua Lama project, are completely covered by dust which presumably comes from suspended particles caused by Barrick’s transit and preparatory work in the area. (see photo). Pascua Lama is effectively destroying these glaciers.

The report reproduces images published by the Centro de Estudios Científicos (CECs) of Chile, which is officially monitoring glacier impacts at Pascua Lama, including at the Toro 1, Toro 2, and Esperanza Glaciers. These glaciers had originally been slated for destruction by Barrick Gold in a surprising “glacier management plan” which proposed dynamiting and bulldozing the glaciers to get at gold underneath.

CEDHA, an Argentine environmental organization which pushed strongly for the passage of a glacier protection law in 2008, only to have it vetoed due to pressure from Barrick Gold, helped secure the return of the National Glacier Protection Law in 2010, which now protects glaciers in Argentina from the sort of impact caused by Barrick to glaciers in Chile.

The Diaguita-Huascoaltino indigenous community approached CEDHA last year requesting a glacier inventory for their autonomous territory. Barrick’s claim that only a handful of glaciers exist near Pascua Lama has now been fully refuted by the glacier inventory, showing dozens of glaciers immediately adjacent to Pascua Lama and hundreds at distances which could also present serious risk.

Chile does not have a National Glacier Law, although pressure for glacier protection originated in Chile following Barrick’s proposal to destroy the three glaciers at the present pit site.

CEDHA is now working on a new report called “Barrick’s Glacier”s, and will soon publish updated satellite imagery showing the alarming destruction of dozens of glaciers at the Pascua Lama project area.