This profile is no longer actively maintained, with the information now possibly out of date
Send feedback on this profile
Download as PDF By: BankTrack & Polish Green Network
Created before Nov 2016
Last update: 2016-11-01 15:23:00 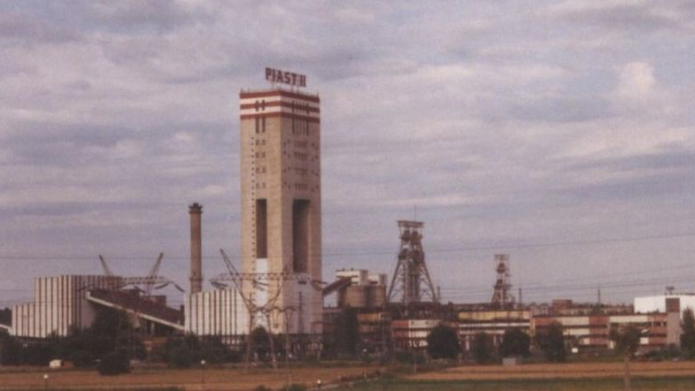 The planned Czeczott coal power plant in Poland is a 900-1,000 MW hard-coal-fired power project located in the Wola village in Silesia (Slaskie Voivodship), on the area of a former coal mine. The project, worth EUR 1.5 billion, is planned by Kompania Weglowa S.A., the largest coal mining company in Poland and the EU. The power plant is due to be completed by 2019, although if more than 51% of the project's equity comes to be owned by a partner within the European Union, the construction could benefit from certain exemptions and be accelerated. However, Kompania Weglowa expects an Asian investor to become a majority partner in the project.

The power plant will burn between 2.5 and 3.5 tonnes of coal per year and produce 5-7 TWh of electricity annually. As part of the preparations for the investment, Kompania Weglowa has started to act to gain the necessary land for building the plant, as analyses show that the areas currently owned by Kompania Weglowa are not adequate.

At the end of June 2013, Kompania Weglowa announced that three companies are interested in becoming a partner in the investment: Mitsui & Co., Ltd; Samsung C & T Corporation and Sepco Elektric Power Construction Corporation. A specially appointed body will choose and negotiate the best offer. Once the candidate for a partner will be chosen it will be exclusively entitled to conduct negotiations. The project is awaiting the first official permissions that will allow it to continue with investment. As the company did not fulfill some of the formal conditions, it still has to complement its documentation.

Wola is a village set in Silesia Province (Slaskie Voivodship). This is the most industrialized region of Poland, where most of the hard-coal mines and the majority of hard-coal power plants are located.

The proposed power plant is to be located on the site of a hard coal mine, which operated until 2000. A new power plant was supposed to be built by RWE and Kompania Weglowa, and representatives of both companies signed a joint-venture agreement in the presence of the Minister of Economy of that time, Waldemar Pawlak. However in 2010 RWE announced its resignation from the project.

RWE's decision can be seen as part of the gradual withdrawal of the EU from involvement in new coal-fired power plants. According to data from European Commission, of new power generating capaciity installed within the EU in 2009, about 37% (10,8 GW) was wind energy, 24% gas, 21% photovoltaic systems and only 8.7% (2,400 MW) came from coal.

Private banks should then not provide any financial services linked to this project in any way.

The region will be locked in to an outdated mode of energy production for the next 40-50 years and thus will not be able to shift into the resource efficient renewables-based economy. The construction on the new Czeczott unit would also prolong the dependence of Silesia region on hard-coal potentially leading to new investments into hard-coal mining and thus leading to the increased risk of stranded assets as the requirements of the climate and energy policy of the EU dictated by the requirements of climate science will put an ever increasing pressure on the coal-based energy generation.

One of the main problems of communities living in the area of the investment is the bad air quality of the Silesia region. On the 21st of November 2011, the European Commission has sued Poland in the European Court of Justice for lack of progress against the Ambient Air Quality and Cleaner Air for Europe (CAFE) Directive (2008/50/EC), which should have been implemented in Poland by 11th June 2010. The directive requires in particular that the PM10 (larger dust particles) level does not exceed 50 miligrams/m³ more than 35 times a year. However this PM10 level is breached with much higger frequency in most Polish metropolitan areas in the Silesia region. Protests caused by citizen dissatisfaction with poor air quality have already led to changes in regional legislation in the neighbouring Malopolskie Voivoship and its capital – Krakow.

The local health impacts from coal mining, transportation and combustion are also a significant concern, and communities living in proximity to these activities are experiencing adverse social impacts, such as loss of amenity, displacement, and loss of social capital as well as facing increased risks of respiratory disease, heart disease, and lung cancer.

The Silesia region is already struggling with very bad air condition, and the new unit would do little to improve it. In fact replacing the ageing units 1 to 4 with small renewable based co-generation heat and power plants and drastically improving thermal efficiency of the buildings in Silesia region as a whole would lead both to the improvement of the air quality in the region as well as to increase of energy security and employment opportunities.

The letter of intent between Kompania Weglowa (KW) and Mitsui regarding construction of Czeczott expired on the 31st of March 2016. A decision has not been made yet whether the new Kompania Weglowa will take over and forward the project (source nettg.pl).

Following the overturn of an environmental permit to build the new coal power plant, the Polish investor has now put the project on hold. HEAL together with local citizens and other groups have repeatedly raised concerns about this new coal plant and provided evidence on possible health impacts (source Health and Environment Alliance).

The main sponsor of the Czeczott power plant.

Self-government appeals board dismissed environmental permit for the project