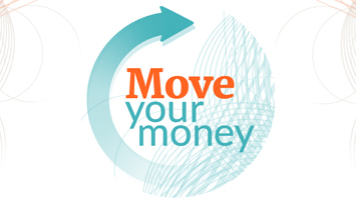 New research launched today by Move Your Money reveals for the first time the devastating economic impact that bank branch closures are having on local communities.

Postcodes that lose their "last bank in town" receive an average of £1.6 million less lending only a year later. Given that these are already some of the poorest areas with higher rates of business failure than the UK average, these branch closures drive cycles of local economic depression and stagnation, the report finds.

"The UK's biggest banks are abandoning communities across the country, and today for the first time we can see the incredible damage that this is happening - predominantly to those communities that need bank branches the most.

Free-market competition has abjectly failed to provide a banking and financial system that works in the interests of people and society, and the crisis in bank branch closures is just the latest proof of that.

Given the economic and financial chaos caused by the Brexit vote, it's now more important than ever that banks keep lending to small businesses and keep local bank branches in rural and poorer areas open to achieve this.

The Government must now intervene to ensure adequate access is provided for all, not just the rich, by strengthening the Access to Banking Protocol, and by recognising the case for public provision of critical banking services."

The research is launched on the same day that MP's were scheduled to debate the crisis of bank branch closures in Parliament. Since 1989, the UK has lost more than 53% of its bank branches, with UBS predicting the closure of a further 50% in the next ten years.

There are now currently 1,500 communities that have no bank remaining, and a further 840 communities precariously placed with only one bank branch left.

The banks claim that branch closures are in response to falling demand, but the research reports that usage figures are widely misrepresented and manipulated by the banks. Instead, banks are intentionally targeting poorer and rural areas for closures, the report finds.

Move Your Money makes a series of recommendations on how to improve banking provision and access to the financial system in the UK - first, by strengthening the Access to Banking Protocol which is currently under review, and secondly by recognising and investigating the case for public provision of key banking infrastructure, including branches.