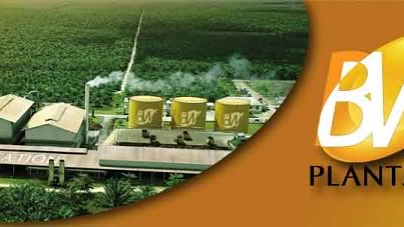 BW Plantations is an Indonesian oil palm company that is involved in plantation development as well as crude palm oil production. Through its subsidiaries, BWPT owns the rights to 89,468 hectares of land spread across 9 oil palm plantations in Kalimantan. In 2014 it also acquired a concession in West Papua.

CRR  has  found  reports  on  the  destruction  of  customary  land  by  BW  Plantation.

In early 2014, a Greenpeace report linked plantations of BW Plantation in Central Kalimantan to habitat loss of endangered orangutans.

In its prospectus for is 2014 new rights issues, there is no evidence that the company has done a High Conservation Value assessment, or that it has done any actions towards biodiversity conservation. The company also has no clear policy to exclude development on peat lands nor has it disclosed the location of peatlands and High Carbon Stock forests in its plantations. Its  prospectus  reveals  that  BW Plantation presently  cultivates  oil  palm  trees  on  17,000  ha of peatland.

PT BW has been a member of the RSPO since March 2008.  As of November 18, 2014 it has yet to initiate a RSPO Principles and Criteria certification assessment of any of its holdings.

RSPO membership requires new planting procedures to be applied to all members, whether or not they have any certified and sustainable palm oil production. RSPO members are expected to follow the RSPO's New Planting Procedures (NPP) when expanding their planted areas, which help ensure that material environmental and social risks are identified and addressed consistent with RSPO criteria for sustainable palm oil. BW has sofar (nov 2014) failed to do so.

BW has also not yet reported, nor committed to report on its GHG emissions as it should according to RSPO protocols.

End 2014, BW plantations plans to take over Green Eagle Holding. This company has a large landbank (over 300,000 ha), but for 70% of it, it does not (yet) hold permits. Green Eagle Holding has been accused of illegal deforetation. In the period  2010-­‐2014, approximately  7,000 hectares of  primary  rainforests were  converted  into oil  palm  plantations  by  PT  Tandan Sawita Papua  (PT  TSP),  a  subsidiary  of  Green  Eagle.  Additionally,  the  company  cleared  more than 6,000  hectares  of  secondary forests  in Papua. In November 2014, three  orangutans  were rescued  after  being  stuck  in  the  midst  of clearings  by  PT  Arrtu  Energie  Resources,  a  West Kalimantan subsidiary  of  Green  Eagle. The   company  was  reported  to  not  have  supported the  rescue. Furthermore, a CCR research found reports  about  poor  working  conditions  on  the Papuan  plantation  operated by Green Eagle.

Despite some entities in the BW and GEH groups having joined RSPO, neither company has any RSPO certified and sustainable palm oil production. Both BW and GEH can be classified as non-active participants in the scheme.

An orang-utan graveyard, Wilmar, and the addiction to dirty palm oil

BW Plantation sets aside Rp 265b for land acquisition

From The Field: Borneo’s Tanjung Puting National Park And The High Stakes Of The Palm Oil Crisis